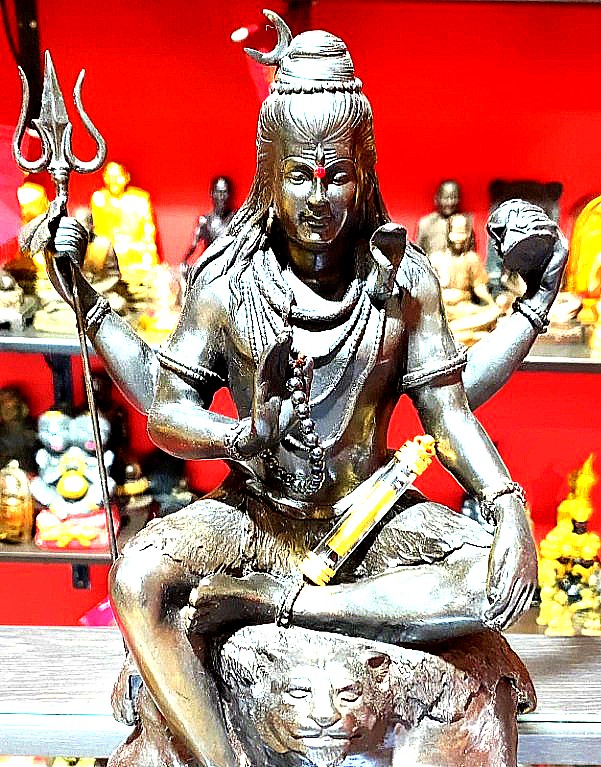 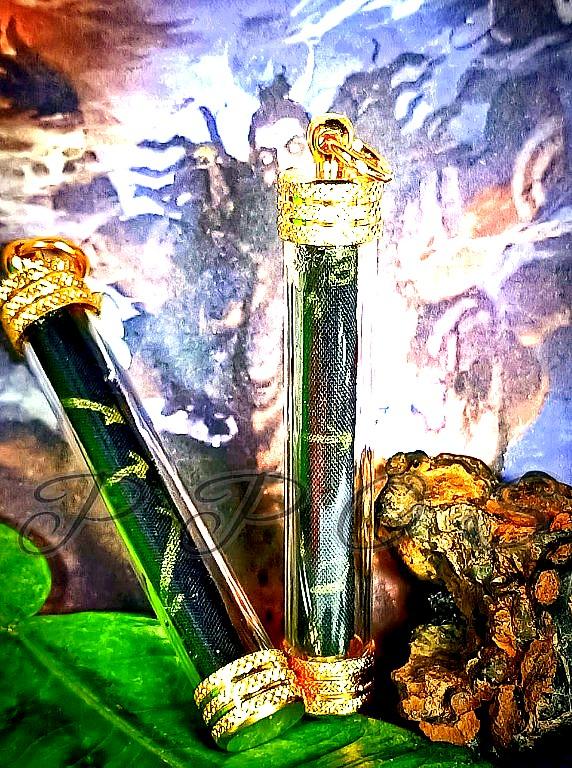 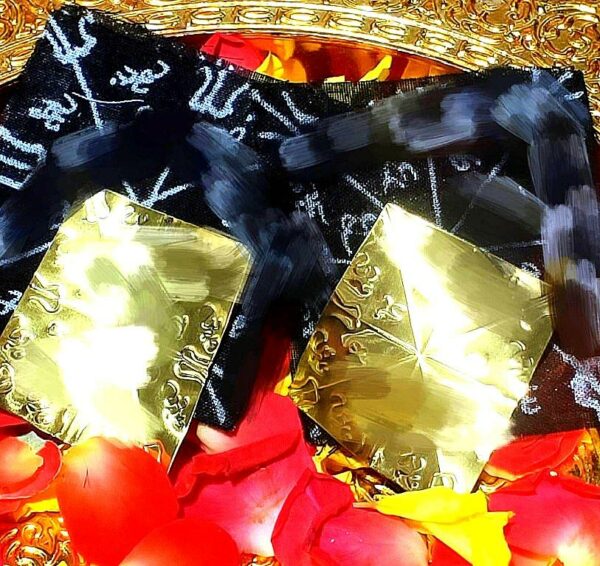 New and improved version of Maha Veerbadhra Yantra Takrut combined together with lord Hanuman Mantra Known for ultimate self defence and protection For Martial Art, Protection & Victory over all enemies Exclusively made personally by Aghoreshwar Babaji after much consideration and overwhelming request from devotees and customers.

The reason why Babaji took very long to consider making this powerful takrut is because he was afraid one would misuse it for wrong intentions. Now that Babaji decides to release it for the first time, we only advice that one should be responsible when wearing such powerful yantra. This takrut consist of a black cloth inscribed with the name and essense of Lord Veerabadhra together with gold takrut inscribed with ancient vedic Maha Yants.

This takrut is believed to dedicated to Lord Veerbadhra (Vira Bbadhra), the most fearsome form of Lord Shiva – Veerbadhra was created by the wrath of Shiva who destroyed the fire sacrifice of Daksha according to legend.

Veerbadhra is known as described as a fierce warrior who eventually blinded Bhaga, destroyed Lord Vishnu (Phra Narai) along with other Devas and beheaded Daksha. All the Gods and Devas in the battlefield was unable to sustain his power, hence the most fierce and unstoppable form of Shiva.

It is believed that this particular Yantra has been adopted by ancient Indian warriors, generals and kings to wear during battle to give them strength, confidence and to make sure they always be victorious and freed from harm. There are also many combination of Maha Yant that are inscribed on a gold foil that are believed to bestow qualities associated with this takrut, here are a few as following believed to be 👇 👇 ★ The wearer believed to be blessed with invulnerability against physical harm caused by any kind of weapons or projectiles in times of danger (accident, being attacked etc) the wearer will not get injured seriously. This is known as Kongkrapan or “Kebal”.

This Yantra believed to bestow the wearer with the ability to knock out an opponent with one strike (1 🤜 KO) and confers the wearer with spontaneous marital art movement in time of critical danger from being attacked with the grace of Veerbadhra as this Yantra is empowered in his name and energies by Babaji.

★ The wearer Believed to have the ability to paralyze an enemy and make them be unable to react.

★ This can be used against someone who have the intention to cause harm during a confrontation. This magic is known as “Wiccha Jang Ngang”

★ It is believed Inner Strength, Striking Power and Reflexes will greatly improve over a period of time naturally and that the wearer will also develop strong confidence in times of danger and be able to think sharply.

★It is Believed that the Wearer may be blessed with the Ability to avoid dangers and be unseen by people who has bad intention. Meaning if the wearer is about to get attacked by a group of people, the wearer may be able to escape without being noticed or seen.

★It is believed that the wearer may be blessed with Success in any problems or difficult situations.

★The wearer Believed to overcome obstacles or conflicts at any given period.

★ This takrut Believed to also help with career and is highly recommended for working professionals for success, victory over business competitors, be respected and looked upon by superiors, get more opportunities to be in high position, increase in social status and career climbing.

This takrut is highly suitable for those who practice martial arts and for general protection. With the grace of Veerbadhra, one may always be protected when wearing it. This takrut comes with a special mantra to chant before wearing or in times of danger.