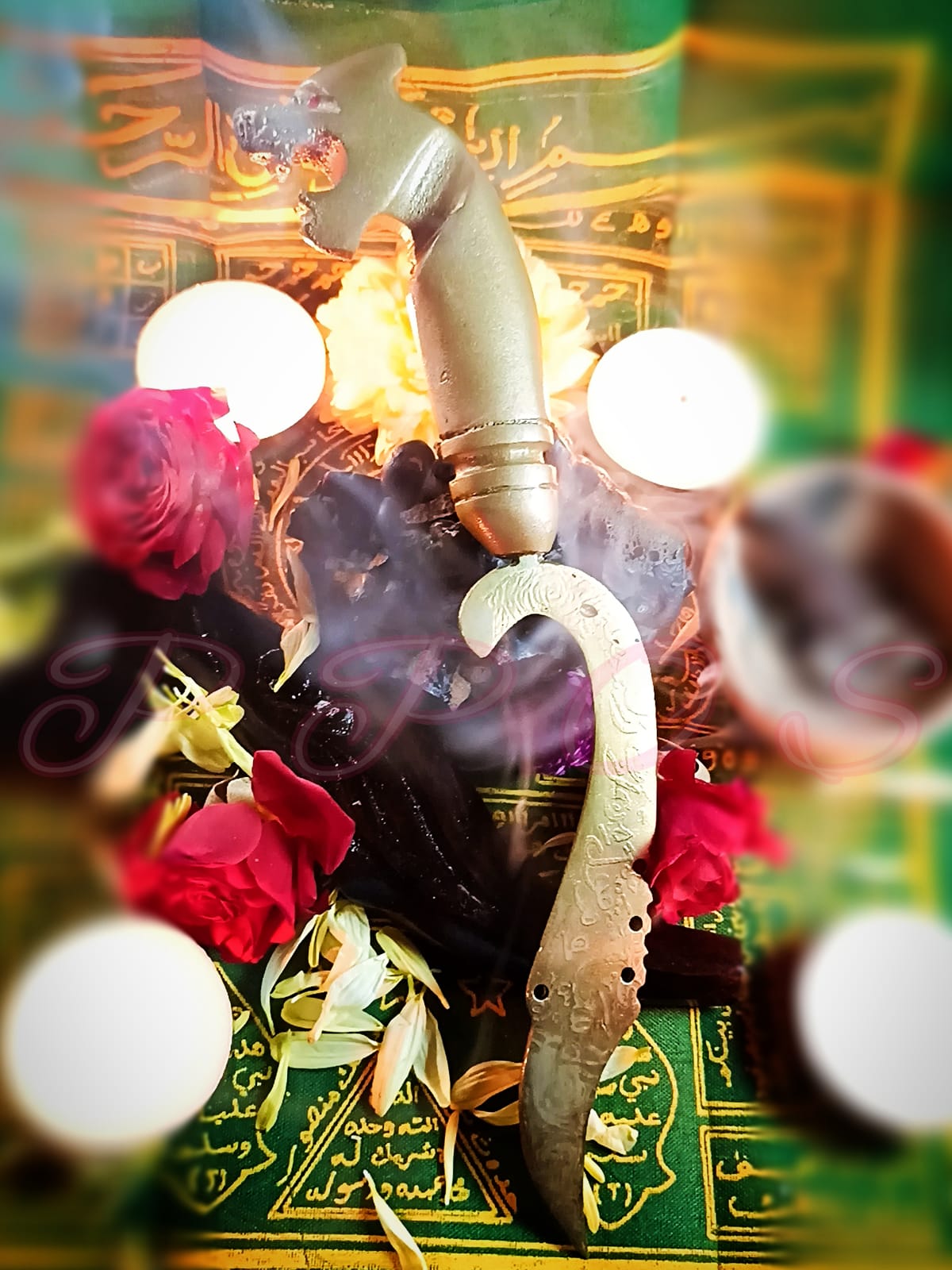 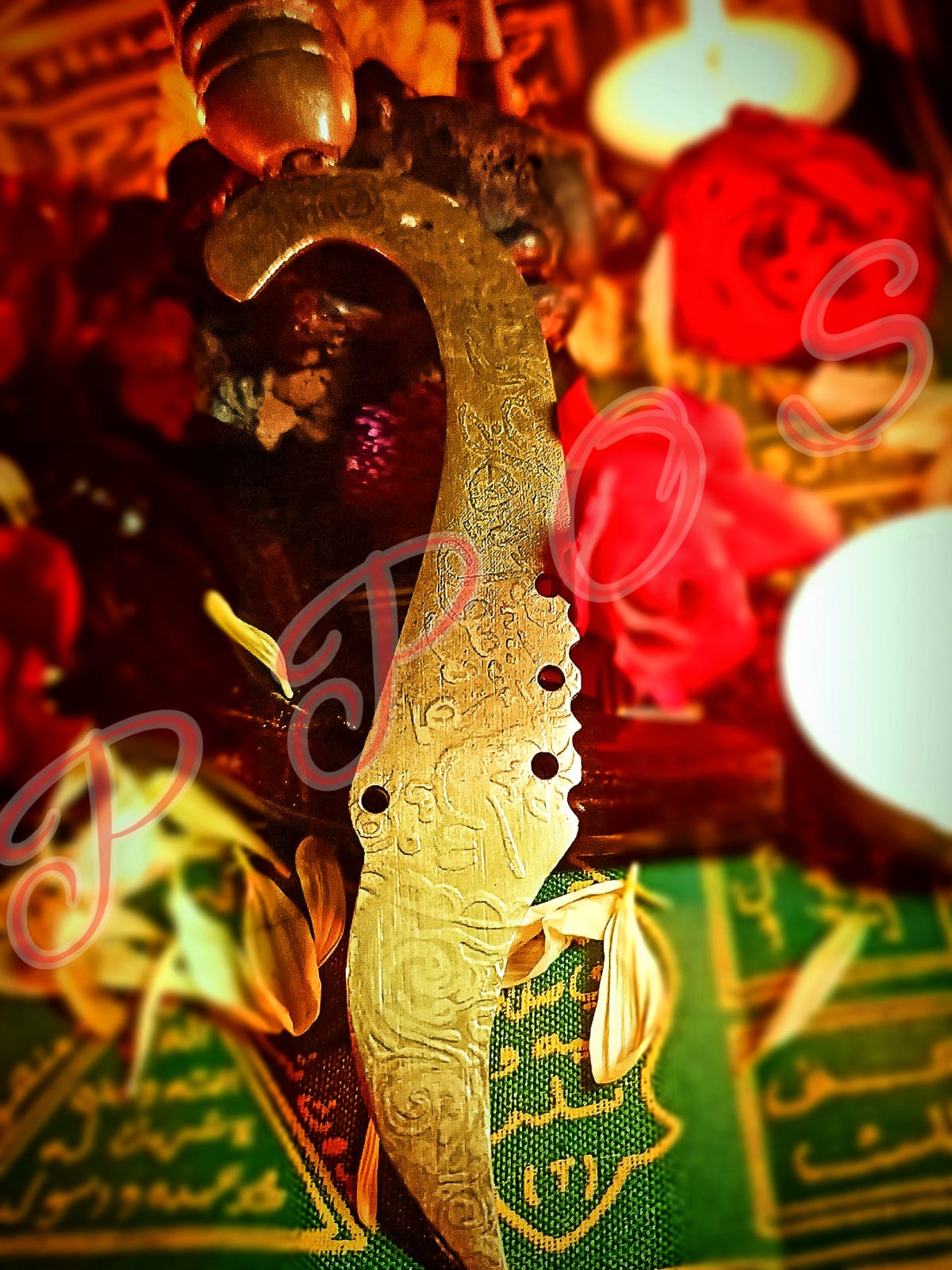 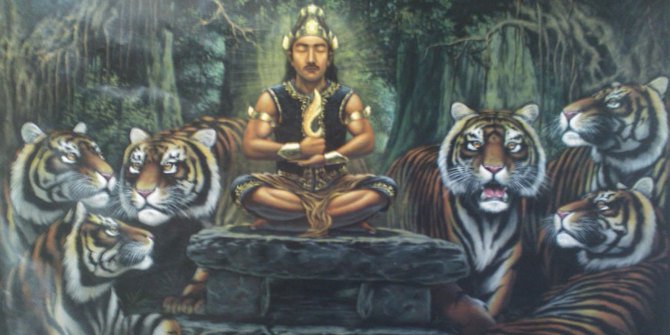 This Tiger Keris, also known as a Magical Blade, believed to contain the many spiritual powers which originated from the local Sufi saints of the past centuries of Indonesia.

This “Kujang” blade is believed to have been empowered with the power imbued with a White Tiger Khodam, to serve as a guardian and a bodyguard for its owner and family.

it is believed, the magic used to empower this Keris was known to be attuned to the historical king and pendekar (legendary martial artist) “Prabu Siliwangi” and other renowned pendekars such as Si Pitung.

It is believed that the owner of this Keris will be guarded by 7 powerful Tiger spirits of the Pakuan Kingdom,
one of which is known to be the main White Tiger Khodam who is the Leader.

It is also known. their task is to protect the owner of this keris against various kinds of physical harm,
black magic, physic attacks and other negative forces which threatens to harm the owner.

Just by owning this keris, the owner is known to have the following benefits:

– Known for Strong power of authority.

Ability to be respected by everyone and feared by enemies.

– Believed to be able to develop strong sixth sense and have the ability to read
other people’s mind and gain intuition of what is about to happen.

– the wearer can instinctively sense and be able to avoid it.

– The wearer believed to develop Ilmu Kebal or Kongkrapan Chatri meaning
invulnerability against sharp weapons or any type of bodily harm.

– naturally possess a strong vitality or “chi”energy and have a very strong positive aura.

This is believed to be highly beneficial because the wearer will not
fall sick easily and will not be prone to any type of bad luck or negative influences.

– With the Khodam in this keris, the owner believed to always
be protected from any type of black magic, evil spirit disturbance or physic attack.

– The white tiger khodam in this keris known to serves as a guardian and personal bodyguard for the owner.

It believed to also help in daily lives such as career progression, popularity, increase in social status, wealth, gambling (through sixth sense) and also business.

The Angelic Khodam of Prabu Silinwangi also believed to accompany the owner of this Keris,
bringing the owner opportunities to develop charisma and martial art abilities in times of danger.

Properties are known to be/believed to
👇👇👇
– Attunement to magickal powers and forces renowned by martial artists.

– Attunement to the powers and forces of ‘Si-Pitung’.

– 7 spirit tiger bodyguards that are known to guard and protect against negative physical and non-physical attacks.

– Appear charismatic and have an authoritative bearing on others around you.

– People are known to respect and honor you.

– Power will be added to your auric force-field.

– Awaken latent powers of the soul.

– By the Grace of God, you will be blessed to become powerful when faced against an aggressor.

Please PM if you are keen.

* All Our Write ups are now strictly copyrighted by Singapore Intellectual Property Laws and any plagiarism will result in a lawsuit. We will not hesitate to take legal action against would be offenders.
**The following information associated with this Amulet/Khodamic Item/Product was obtained through translation, reproduction and expresses the Religious beliefs and Opinions of the Maker/Master/Holyman and Devotees and Or Followers and we have presented the information as it is direct from the Source.
We are not responsible for any claims arising out of the sharing of these information and its use