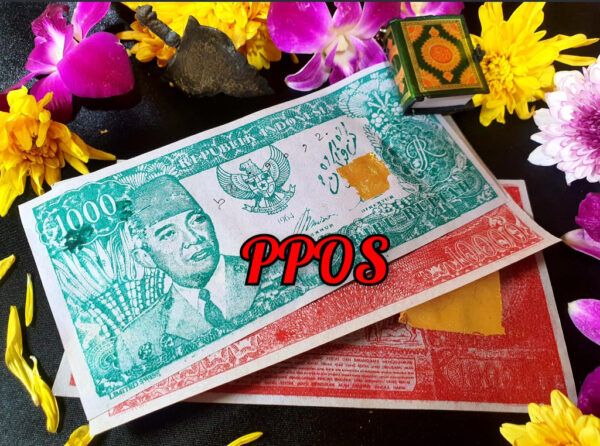 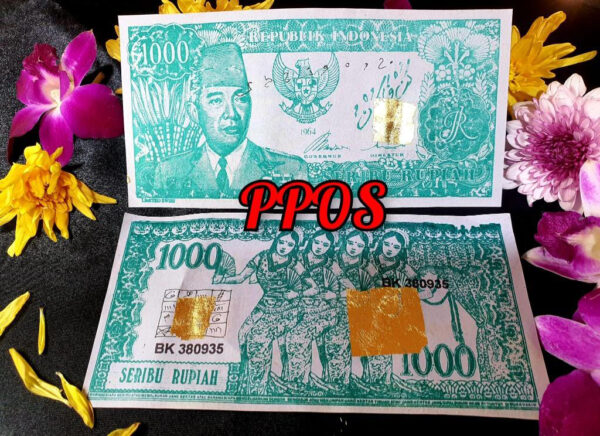 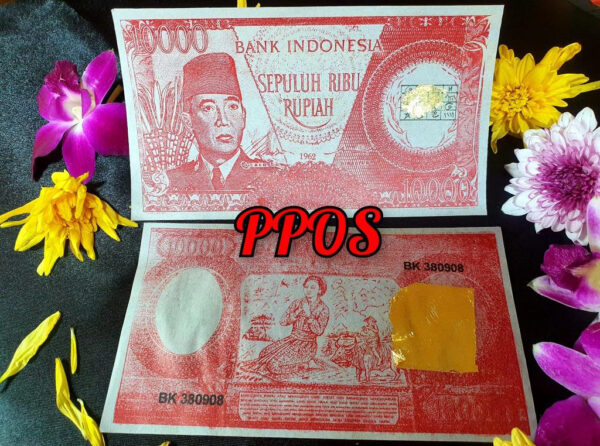 Dear All, Introducing what is known as the Mother of Money or Ibu Duit”.

This Bank Note Look-alike is known to be a Lucky Wealth Note of Prosperity with Wealth Fetching Indo Arabic Scriptures and Spells written on each note. These Ibu Duit of Ours have been blessed and prayed over before being handed over to us.

Of the Ibu Duit,

It is believed to help the owner with the following:

♦️ When Kept in a wallet, it is known to attract good luck and a steady stream of money.

♦️ When kept in the house, it is known to draw Prosperity, Good Fortune and wealth.

♦️ When Kept at your place of business it is known to increase the flow of customers and boost sales. It is known to bring in more business and trade.

♦️ If kept in a money box or a cash register, it is known to attract an inflow of cash at a steady pace.

💫The mantras written on the Note is known to –
bless the owner with financial well-being and wealth and also believed to attract unexpected gain of wealth from other sources such as Windfalls.

More can be said but it is pretty straightforward how this is meant to be used and we will of course guide our customers apon purchase.

attached below are some testimonials

⚡This Ibu Duit Charm is believed to be very popular in Indonesia and south east Asia. Some dealers also claim that these are actual Banknotes. This is NOT True. These Ibu Duit and Inspired Bank Notes and are not Legal Tender FYI.

Yet they are believed to be very effective at attracting money.

Some dealers show magic tricks whereby the Notes are seem to draw and pull other Bank notes along. This is nothing but a cheap magic trick which many magicians have already preformed with bank notes of various currency albeitly at least the magicians admitted its a trick whereas the dealers would like to attribute it to supernatural phenomena so that they can sell this for a higher price. Pls do not be tricked. They say a fool and his money are soon parted.

Yet we are also selling this bank note but we do not claim any supernatural attributes to this but instead sell this due to its popularity and widely held beliefs.

If you search online, you will see, that one unique characteristic of this Ibu Duit is that when the note is laid flat on your palm,
it will slowly start to curl up. It is believed that if it curls up, the owner will have wealth blessing.

If it does not curl or just curls a little, it is believed that there are obstacles preventing wealth from flowing into your life.

This Ibu Duit has been known to clear these obstacles slowly.

It is also believed to clear one’s debts.

In Indonesian folklore, the Ibu Duit is believed to be able to magically draw money to whoever holds on to it.

It is known to bring wealth and financial security.

We have the Ibu Duit on sale for its belief in attracting wealth and good luck to the Owner.

For further information, please drop by our shop and we will share more abt the Ibu Duit and common tricks perpetrated by some dealers to try and sell this at a higher price.

* All Our Write ups are now strictly copyrighted by Singapore Intellectual Property Laws and any plagiarism will result in a lawsuit.

We will not hesitate to take legal action against would be offenders.