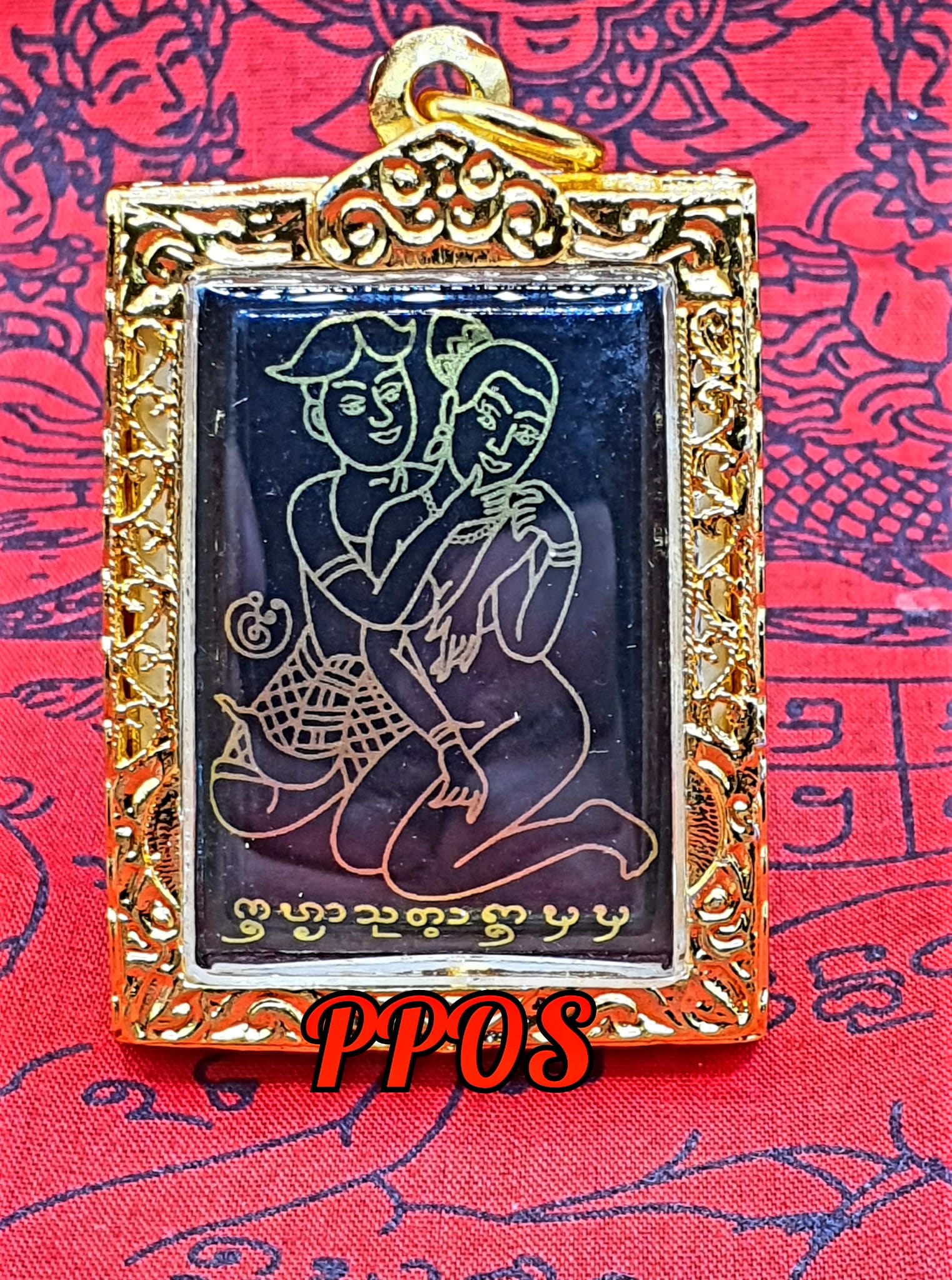 The In Koo (also known as ‘Yin Tong’) is a symbiotic Deity in the form of a Man and a Woman embracing each other.

It is a magical animist effigy which ancient people believed represents the first ever pair of Man and Woman (male and female) in the History of the World, and is a symbol of Love between a man and woman.

It is believed that the holder of an In Koo Talisman is endowed with Maha Sanaeh (Attraction, Charm & Appeal) power over the opposite gender, and that they will feel attracted to the wearer of the In Koo, and wish to approach and get to know you.

It is believed that,

1 ) If they approach then they will be helpless against the attraction power of the Palad In Koo.

This is the Love Charm Magic of Maha Sanaeh (Charm and Attraction).

2 ) If the In Koo is kept in the House, then all the family and people in the household will love each other and be happy together.

3 )If it is worn as a love charm or carried on one’s person, then it will cause everyone the wearer meets to feel friendly and compassionate towards them, and even make others fall in love with the wearer.

4 ) Business will flourish, money and gifts will flow in, good fortune will come, and life without disturbances.

The In Koo is a sacred Love and Metta & Maha Sanaeh Talisman which has been used by ancient folk for thousands of years, and shows no sign of disappearing soon, for its popularity as a love charm is still as evident as it ever was.

This Amulet is believed to be,

highly recommended for a Passionate and Strong Love Life, Professional Advancement in Career and Social Climbing, the Power of Convincing Speech, Seduction and Mesmerism, Great Compassion and Mercy, Charm Ability and Increase Charisma as well as very Strong Luck in all areas

For those who know how Arjahn Meng made his Amulets, there is no need to mention much abt it.

He was very famous for the use of certain materials in the making of his Amulets. This Amulet is believed to be the “Dark Meat” Version( Dark coloured Version with Hand drawn Yants. )

Once Sold forever gone, we can never replenish such Amulet from Arjahn Meng.

Pls note that the Prices for Arjahn Meng amulets is going up sharply very fast with certain amulets already going for Thousands of dollars amongst his most fervent collectors.

With the Passing of Arjahn Meng some 2 months ago, this Amulet is set to become even more rarer with true collectors not letting go of such a Piece as it simply cannot be replaced again.

This Amulet was believed to be very effective with lots of testimonials given by the Handful of Devotees of Arjahn Meng who managed to chow this peice.

A True Collectible and High Effacious Amulet, this in Koo Amulet that will only continue to go up in value in the times to come.

This is one of the very power In Koo we highly recommend.

We only have 1 piece on hand.

**The following information associated with this Amulet/Khodamic Item/Product was obtained through translation, reproduction and expresses the Religious beliefs and Opinions of the Maker/Master/Holyman and Devotees and Or Followers
We have presented the information as it is direct from the Source.