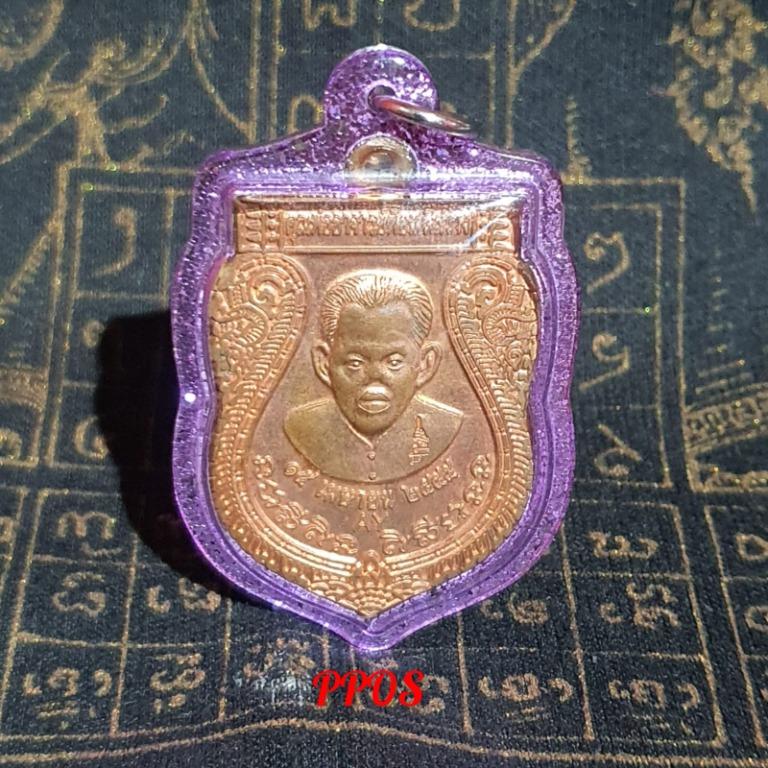 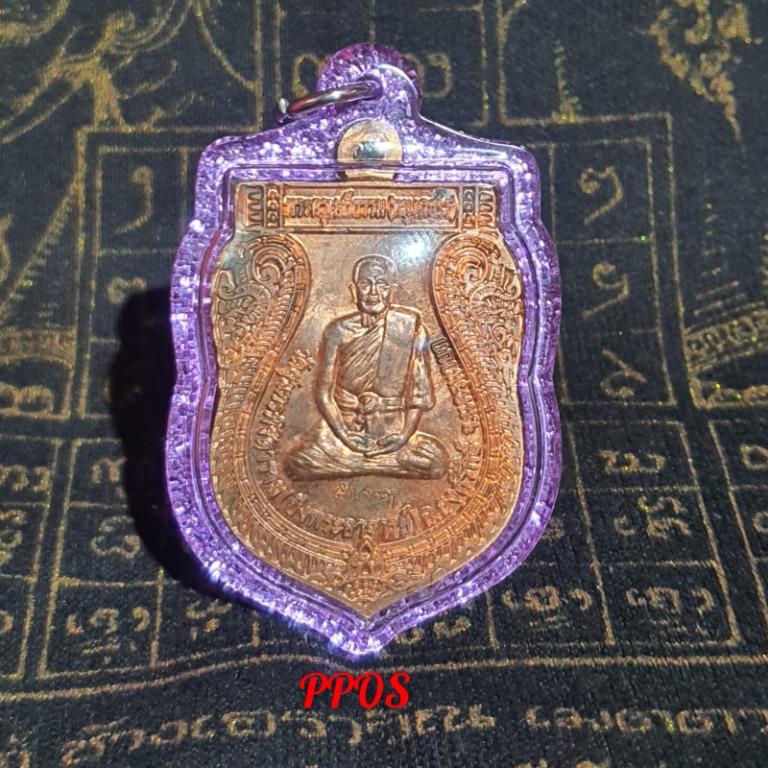 When he was young he lost his nose during a serious illness.

At the age of 10 his parents sent him to the temple to study.

Arjan Fon was different from the others.

He did not know anything beside writing his own name.

The abbot of the temple at that time was LP Plod, he pitied Arjan Fon because Arjan Fon had no nose and the other kids did not like him.

Although Arjan Fon was unable to study but he could remembered khatha very well.

He learned the khata with very short time.

After he knew how to use the khata, he started to try the khatha.

He read the khatha, he went and met the people who did not like him, suddenly these people became very friendly with him.

Arjan Fon was very happy and wanted to learn more khatha from LP Plod, unfortunately LP Plod had passed away.

Arjan Fon felt very sad, When he went into Luang Phor Plod’s room which he found a few books of khatha, becuase Achan Fon did not know how to read, so he asked his friend to read the khatha for him and he remembered them all.

He went into the forest to practice, accidentally he found a temple named Wat KaiFa and the abbot of the temple was LP Dee which LP Dee pitied him and let him stayed.

Arjan Fon was very hard working when he stayed at Wat KaiFa, he helped to clean the temple everyday.

One night he heard crying from the forest, and he went to see what happened where Arjan Fon saw a women, the women said that she was the goddess of a very old tree (TongDartKian).

She wanted Arjan Fon to help her and said when the time comes and if Arjan Fon helps her, Arjan Fon will be rewarded.

Arjan Fon went back and slept after that, the next morning Arjan Fon saw a lot of people wanted to chop down a very old tree and finally he understood why the tree goddess wanted his help.

Arjan Fon asked the people to stop, the people did not listen to him and wanted to attack him.

Arjan Fon stood to one side and started to read the metta khatha, and one again he asked the people not to chop the tree and the people promised never going to chop it again.

After a few days the tree goddess did came to reward Arjan Fon – which was a book of khathas.

The tree goddess gave the location of the book and asked Arjan Fon to find it, Arjan Fon found the book, he asked his friend to read to him.

His friend said that all the khathas in the book were special, there were khathas to stop bleeding, khatha to heal snake poison, khataa to turn leaf into bee and more.

Arjan fon mastered all the khathas, he knew that he had learnt something that were completely different from other monks.

So, Arjan Fon started to show off his power, he used knife to cut his leg and healed his leg in front of the public.

After that he went to stay at Wat SaKiat the temple of Sangkarat Keaw where he showed off his power there in front of the public at Wat SaKiat.

The monk there told him that he was ask a monk and he cannot show off his power because it was against the practice of Buddha.

Later Arjan Fon disrobed himself and became a white robe Arjan, whenever there was any woman who laughed at him because of his appearance, he would use khatha and make the woman fall in love with him.

If he saw women he likes, he would also use khatha to make those women his wives therefore Arjan Fon had a lot of wives and children.

So many people in Thailand said that Arjan Fon metta power was greater than Khun Paen, because the past when Khun Paen wants a woman he needs to read katha and gives the thing to the woman to eat by that only he can get the woman.

But Arjan Fon just needs to look at the women and read khatha then the women would be his, so Arjan Fon metta power was much more greater than Khun Paen.

Arjan Fon was a master different from the others, Whoever wants to be his apprentice needs to let the snake bite the hand. Arjan Fon would then healed him.

In years 2480 Arjan Fon told his students and devotees that there would be war in 3 years time which all of them did not understand what Arjan Fon said.

In years 2483, war really happened – Indo China war. Thai King invited monks to make things for the soldiers to wear and protect them.

The only white robe master that had been invited was Arjan Fon. Because Arjan Fon did not know how to write so he used knife to cut his mouth and applied his blood in white cloth to make blood phayant.

Soldier who took Arjan Fon blood phayant were all safe and no ever one die in the war.

* All Our Write ups are now strictly copyrighted by Singapore Intellectual Property Laws and any plagiarism will result in a lawsuit. We will not hesitate to take legal action against would be offenders.
**The following information associated with this Amulet/Khodamic Item/Product was obtained through translation, reproduction and expresses the Religious beliefs and Opinions of the Maker/Master/Holyman and Devotees and Or Followers and we have presented the information as it is direct from the Source.