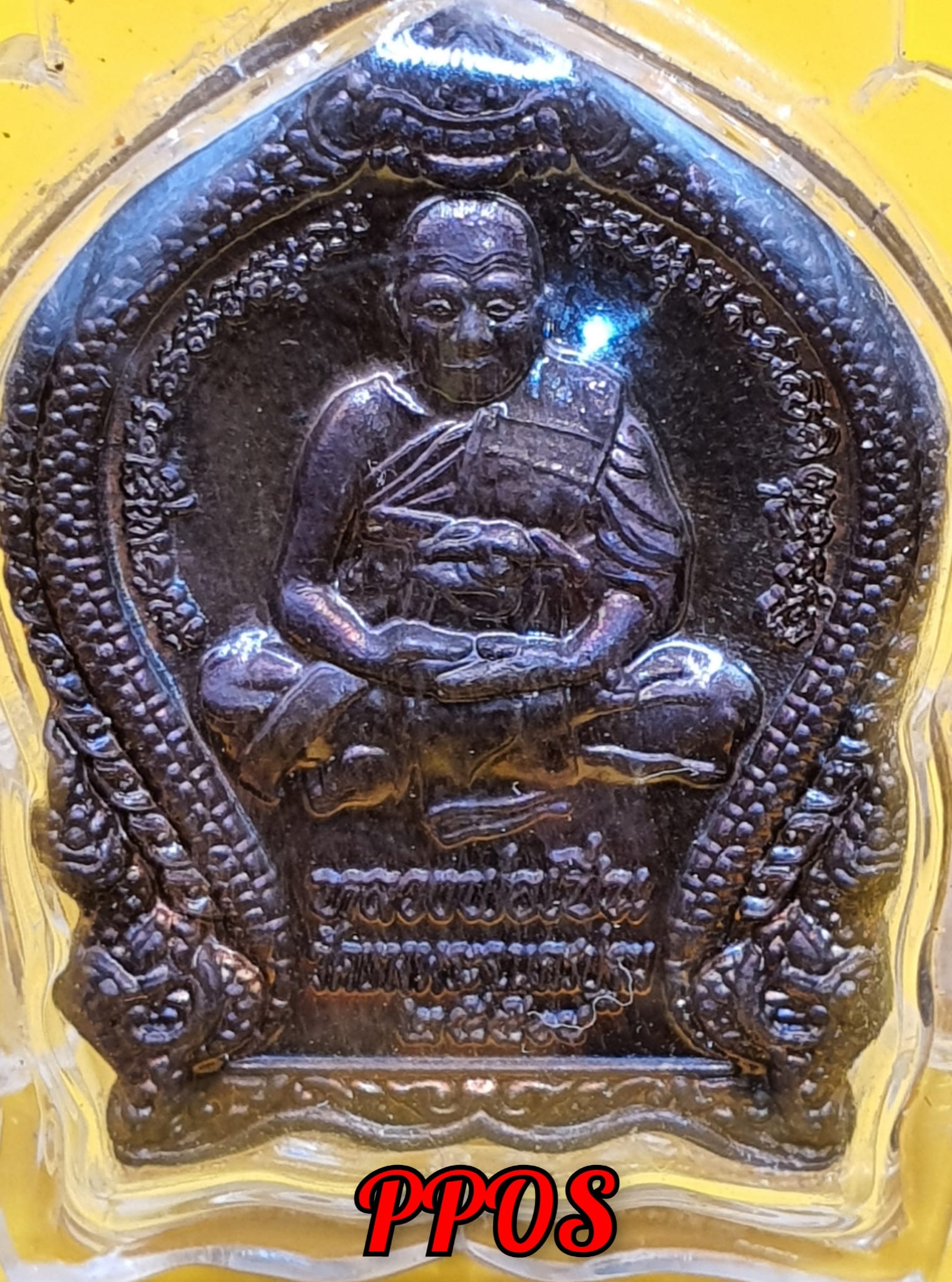 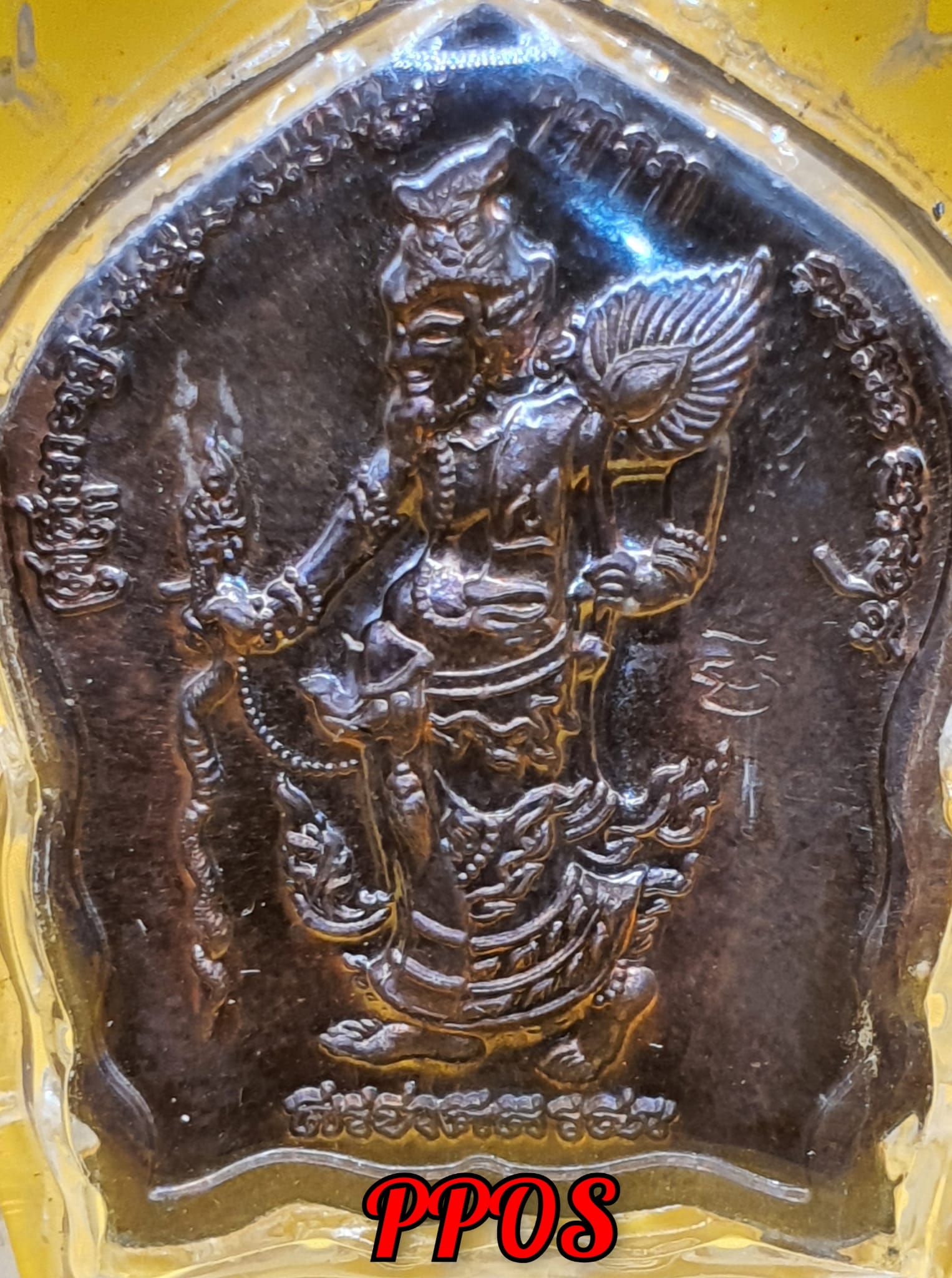 The front face features LP Pern, one of the greatest monk who ever lived in Thailand.

Today he is still worshiped and highly respected by everyone in Thailand because of his power.

It is believed that LP Pern can protect his devotees (those who wears his image) from all kind of dangers and fulfill wishes.

Those who have ever been to Wat Bang Phra to pray to LP Pern and ask for wish will definitely know that it will surely happen with his blessing.

Another thing LP Pern is very famous for is his immense Metta.

Those who have personally met LP Pern before when he was still alive will know that his Metta is so strong that when he smiles and talk to you, you will feel a overwhelming feeling of being loved.

Lersi Narod bestows strong protection against any form of dangers physically and spiritually like black magic and evil spirits. Lersi worship / amulet brings upon great spiritual knowledge and wisdom to the wearer, read more and its history to find out more (below) Lersi Narod is also worshiped for good luck, business, remove obstacles and overall smooth sailing in all aspect of life.

Lersi can also prevent illness and misfortune from happening.

Lersi Narod is one of the most powerful Lersi that ranked higher then most deities, lersi and even Phra Ngan hence Lersi can protect the wearer from any form of “backfire” that is why Lersi is worshipped by Ajahns and monks who creates amulets.

Lersi will also automatically empower any mainstream or barang amulets when placed near eachother, so having this as part of your amulet combo chain will maintain the amulet power hence no need for re blessing as Lersi bestows the Ajahn who creates amulet with the power to consecrated them.

He is said to be the leader among all the other rishis and also a divine guru of of occult science and supernatural knowledge, also known as “Wicca”.

Lersi Narod is usually worshiped by Thai monks and shamans during special ceremonies and rituals. Lersi Narod also plays an important role as one of the main Divine Patron for magical sakyant tattoos.

In Hindu religion. Lersi Narod is known as Rishi Narada Muni the Divine Messenger of The Gods. Lersi Narod is also a great devotee of Phra Narai (Lord Vishnu) but some people believes that Lersi Narod is in fact a avatar of Maha Vishnu himself whom manifest to the world as a form of a rishi in order to spread and teach magical knowledge.

Being said, Lersi(s) are usually worshiped for spiritual knowledge, wisdom and protection.

That is why Lersis are normally worshiped by Ajahns, Monks and Shamans all over Thailand. All the divine magic like sakyants, amulet consecrations, sakyants originated from Lersi.

Only 2 pc available in stock. PM us.

Block 34 Whampoa West #01-33 (330034)
Boon Keng MRT Exit B, Once u come out the MRT Escalator turn back, behind the MRT Toilet you can see Blk 34, the first shop you will see is a Boon Tong Kee restaurant, just follow the long corridor and walk down u will see our shop as we after in the middle.

**The following information associated with this Amulet/Khodamic Item/Product was obtained through translation, reproduction and expresses the Religious beliefs and Opinions of the Maker/Master/Holyman and Devotees and Or Followers
We have presented the information as it is direct from the Source.