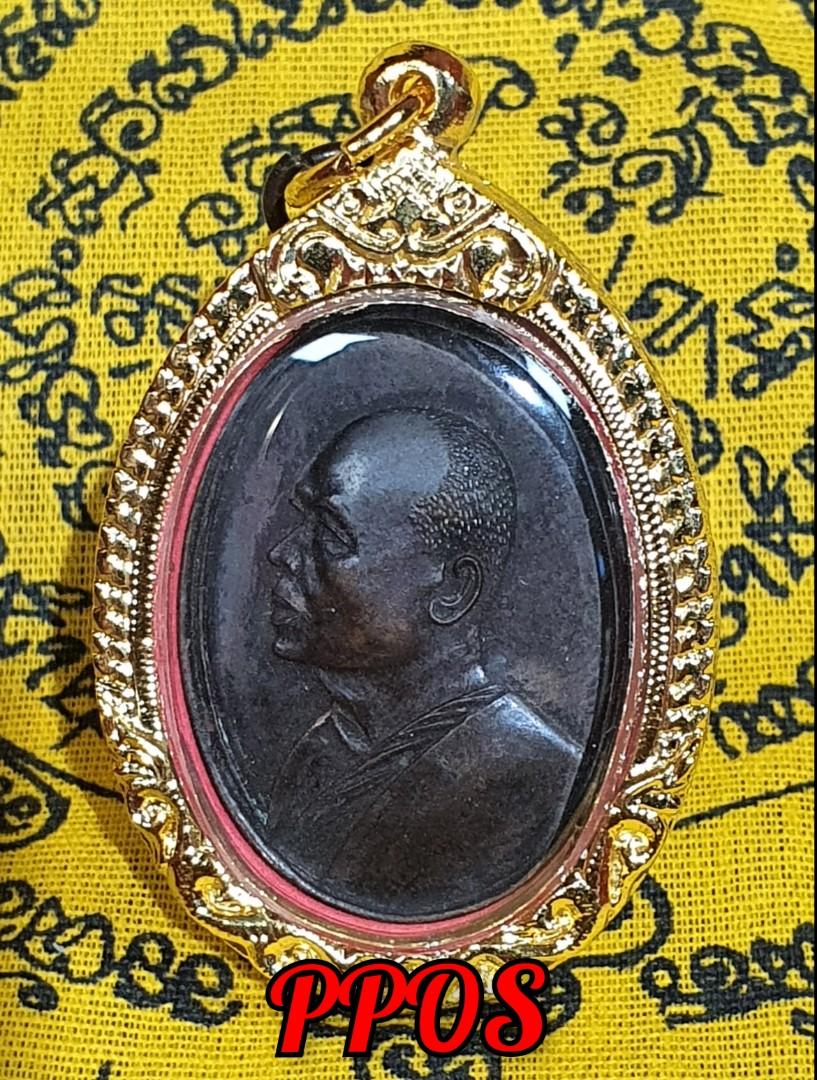 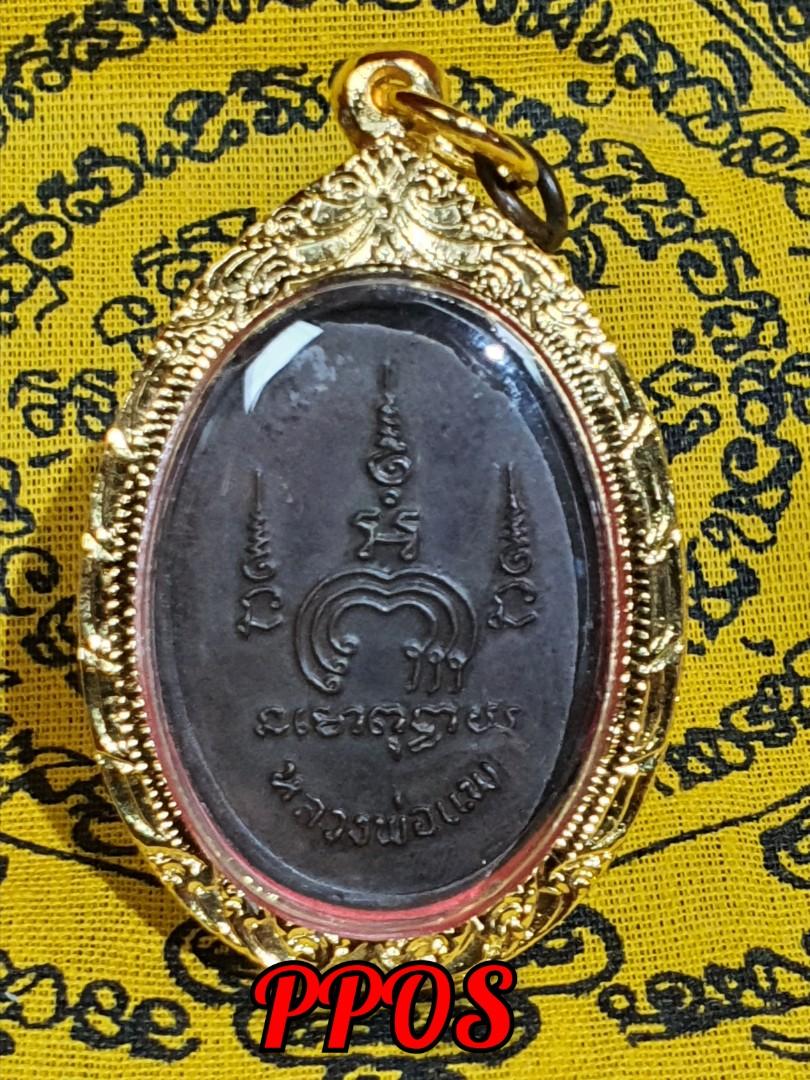 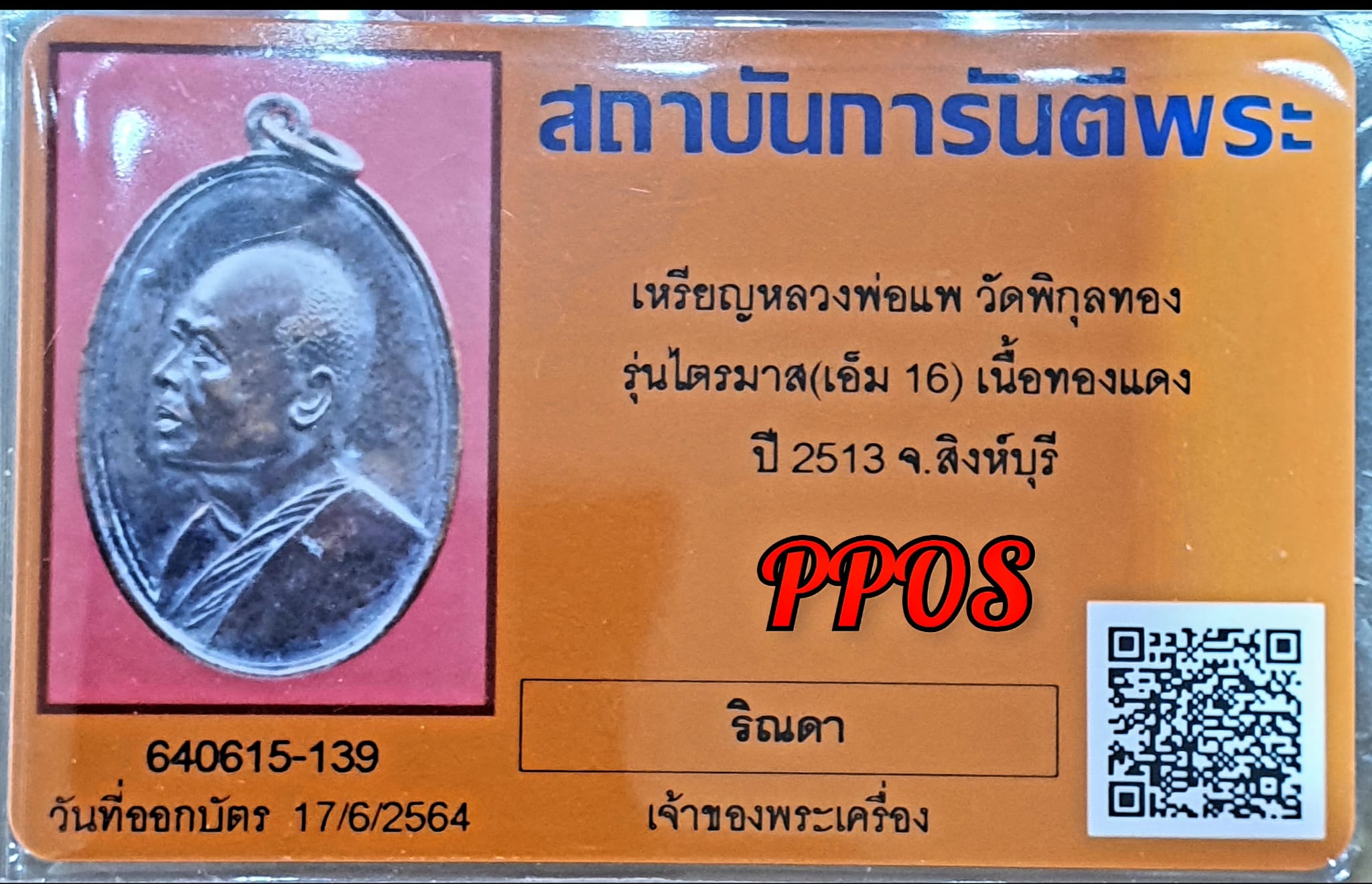 This sacred Rian LP Pae M16 is made from sacred Nur Nawak materials with stunning LP Pae image at front.

The reverse amulet is featured with sacred ‘Yant BudhSon’ and sacred Yants at back.

The Yant BudhSon which is the only main major Yant logo that LP Pae used for almost all of his amulets since BE 2482 until BE 2539 (nearly sixty years).

From early BE 2482, LP Pae used only the plain Yant BudhSon for his amulets, but after BE 2500 he added up 2 more Khom letters Ang and U over the Yant BudhSon.

Yant BudhSon is a major Yant of Somdej Phra Wannarat (Daeng)BE 2365-2443, the 3rd Abbot of Wat Suthat. Later his 2 students Somdej Phra Sangkharaj (Pae)BE 2399-2487 and Phra BaidikaKliang also used this Yant for their amulets creation and including another 2 famous Guru Monk of Wat Suthat, ChaoKhun Sri (Sondh) and LP Supot.

LP Pae of Wat Phikulthong was a close student of Phra BaidikaKliang, and the Yant BudhSon was taught and transmitted to him by his Master.

This batch Of Rian Lp Pae consecrated for 3 months during Khao Phansa ( Rain Retreat)，very famous among collectors due to many wonderful and miracles incident, one of the most famous incident are the wearer shoot by M16 but the bullet couldn’t penetrate his skin the people around him are either death or seriously injured, according to info that’s how M 16 being named after this batch Of Rian.

Released in 2513 BE, this is one of the rarer and more sought after amulets by Luang Por Pae, especially due to its proven Miracle Powers, and the fact that Luang Por Pae was alive to perform the Empowerments and Blessings. LP Pae passed away in 2542 BE at the age of 94.

We only have 1 piece on hand.