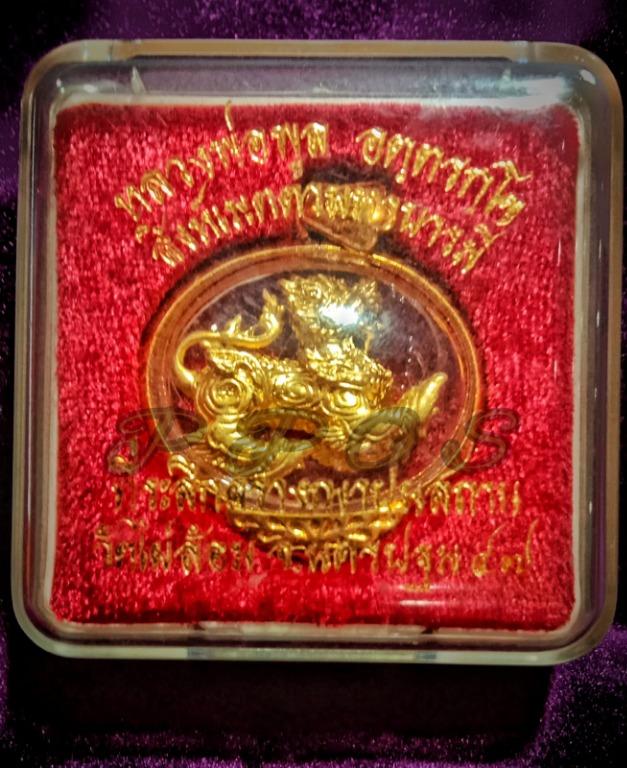 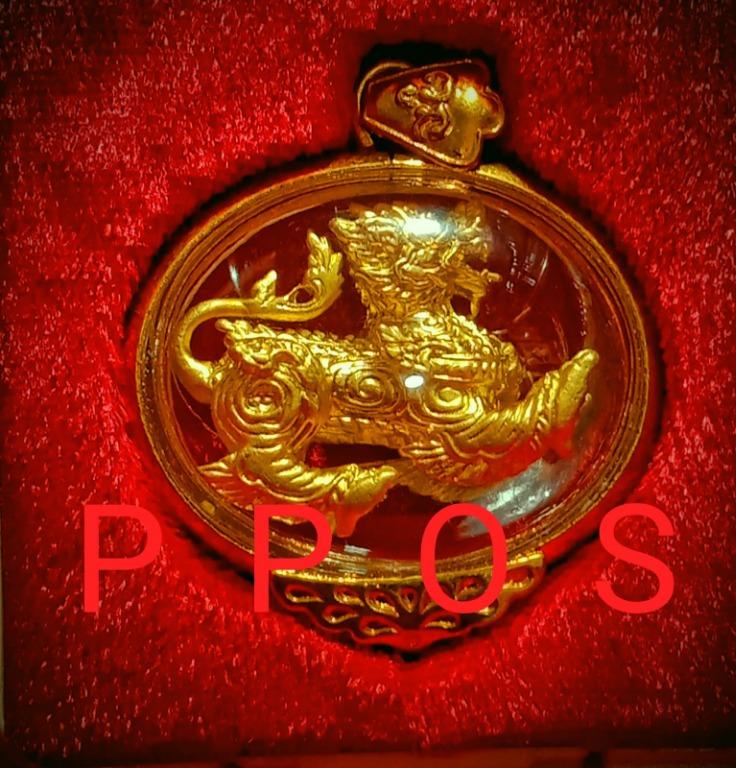 This amulet was made and strongly blessed by LP Poon, of Wat Pailom.

This amulet is widely known to be made at Wat Pailom, and its popularity is believed to be its powerful protection yant.

This is known in Thai sakyant and amulet circles as a very powerful yant.

It is known as the “Kraison Ratcha Singha” yant, and still today, not everyone is fortunate to be able to get it from the monks because it is deemed too powerful.

This is believed to be more powerful than any other kind of lion amulets or talismans.

There are many stories related to Rajasiha in the old Thai classical literature and Buddhistic legends and derived from the old indian myth that later developed to become one of the most popular Sakyant magic yants.

Rajasihas are believed to be highest-class of magical creatures and the most powerful creature living in Himaphand(Himalayan jungle).

Ratcha Singha is Known for a symbol of power and is known to bestow the wearer with great authority.

The image of rajasiha is also known the logo of the Thai, ‘Ministry of Interior’ which oversees all centralizing provinces.

The coronation ceremony of Ayuthayan kings, some few hundred years ago, Rajasiha’s(lion’s) skin is used for the king to sit on while gurus and monks performed the sacred ritual.

Rajasiha is also called Singharaj, stressing on its unchallengeable power.

The Ratcha Singha is also depicted in Sakyants and some Amulets as the vehicle of Lord Hanuman.

Hanuman rode on the Rajasiha into the battle of Ramayana.

There are 4 kinds of Rajasihas Known of 👇

Among the four, the most powerful is the first one-Kraisorn Rajasiha which is amulet we are showing.

Kraisorn Rajasiha is known to be a meat-eating creature and possesses a powerful, high-class character : cleanliness, tough, bravery, unyielding, and an elegant walk.

Rajasiha is, thus, worshiped by Thai people as an idealistic example of old school tough guy which is one of the reason why, this Sakyant is very hard to obtain.

This is believed to be an Excellent amulet for authority, protection, against all forms of danger, protection from black magic / evil spirits. You are also known to be respected by everyone and feared by enemies.

It is believed to bestow strength and confidence, boost your “chi” energy and is known to make the make the wearer brave and successful in all walks of life.

Comes with a special Katha.