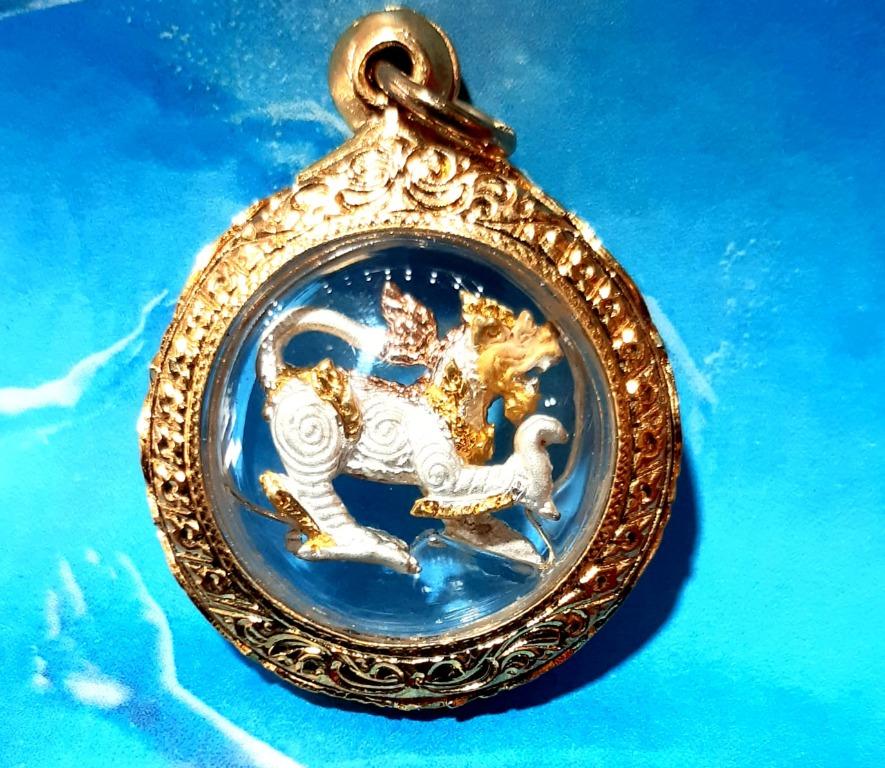 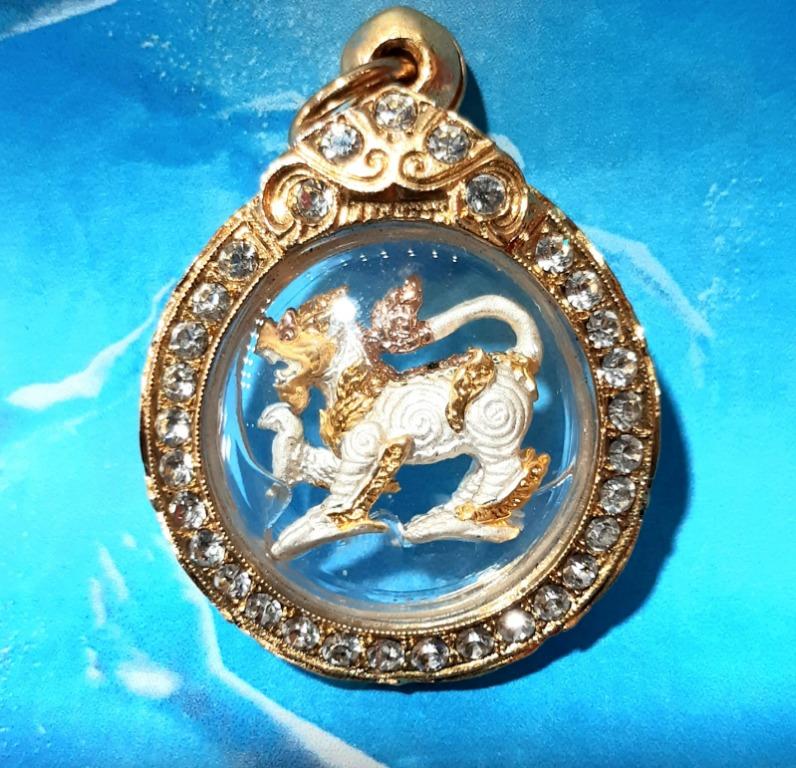 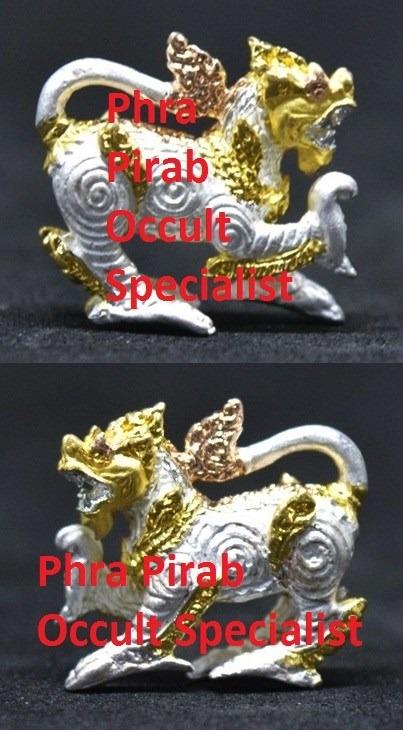 Samkasat means a combination of Gold , Silver and Copper with this being the Most demanded Master Piece batch made by Lp Hong.

LP Hong is known for most famous and powerful guru monk in Surin.

A master of Khmer magical arts, his life is full of legendary stories, as written before in various amulet magazines.

His fame known to spreads to as far as Malaysia, Singapore and Hong Kong, with thousands of devotees.

Made and strongly blessed by LP Hong , Wat Petchburi temple, Surin in the year BE2548.

This amulet is known as the most popular and powerful protection yant ever in thai sakyant and amulet circles.

Its known as the Yant “Kraison Ratcha Singha” which until date not everyone is fortunate to be able to get it from the monks because its deemed too powerful.

This believed to be More powerful than all kinds of tiger amulets and talismans even.

Ratcha Singha or “Rajasiha” is Thai’s Himaphand (Himalayan Jungles) mightiest mythological creature.There are many stories known to be related to Rajasiha in the old Thai classical literature and Buddhistic legends and derived from the old indian myth that later developed to become one of the most popular Sakyant magic yants.

Rajasihas believed to be the highest-class of magical creatures and the most powerful creature living in Himaphand(Himalayan) jungle.

Ratcha Singha is believed to be a symbol of power and bestows the wearer with great authority.
The image of rajasiha is also believed to be the logo of Thai Ministry of Interior which oversees all centralizing provinces.

The coronation ceremony of Ayuthayan kings some few hundred years ago, Rajasiha’s(lion’s) skin is Believed to used for the king to sit on while guru monks performing the sacred ritual.Rajasiha is also believed called Singharaj, stressing on its unchallengeable power.

The Ratcha Singha is also believed to depicted in Sakyants and some Amulets as the vehicle of Lord Hanuman who rode on the Rajasiha into the battle of Ramayana.

Kraisorn Rajasiha is believed to be a meat-eating creature and possesses the powerful and high-class characteristics : cleanness, toughness, braveness, unyielding, and elegant walking. Rajasiha is, known to be worshiped by Thai people as an idealistic example of old school tough guys. That is why this Sakyant is very hard to get so Wat Bang Phra compensated this by creating this special amulet.

This believed to be Excellent amulet for authority, protection against all form of danger, protect from black magic / evil spirits, be respected by everyone and feared by enemies, bestows strength and confidence, boost “chi” energy, make the wearer more brave and successful in all walks of life.

Comes with a special Katha.

The Kraisorn Rajasiha can be found in ancient Hindu and Thai stories as the most Powerful Creature for Protection, Prosperity, Success and Longevity.

Singha also believed to attract Wealth and promotion oppurtunities when displayed at your workplace.

Additionally the Mystical Singha will believed to Kill all the negativity coming from outside and protect your family.

Comes ready for wearing in a Waterproof Acrylic Casing set into a stunning Gold or Silver Casing set with Crystals.

This is to be viewed to appreciate its beauty as pictures do not do justice to it.

WhatsApp +65 8776 7958
* All Our Write ups are now strictly copyrighted by Singapore Intellectual Property Laws and any plagarism will result in a lawsuit. We will not hesitate to take legal action against would be offenders.