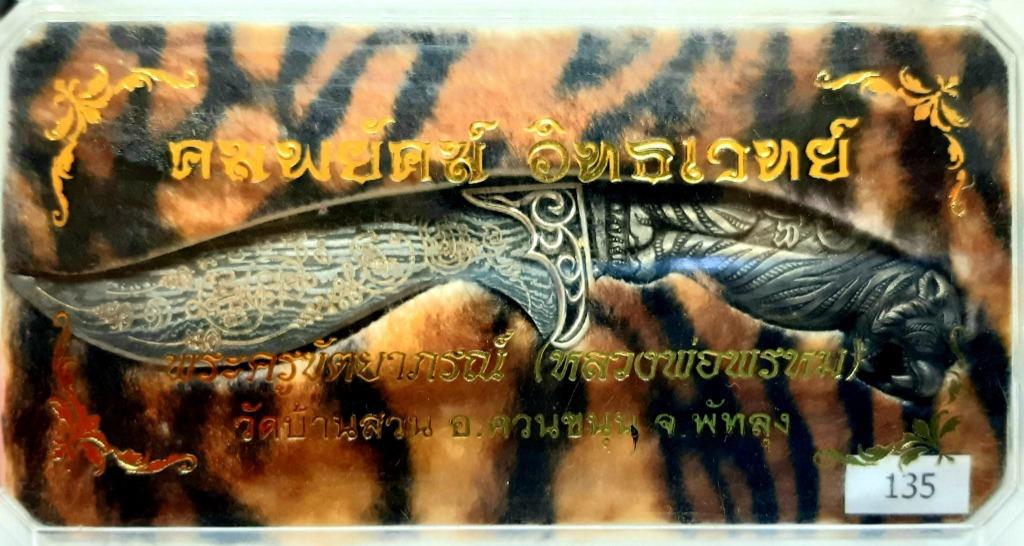 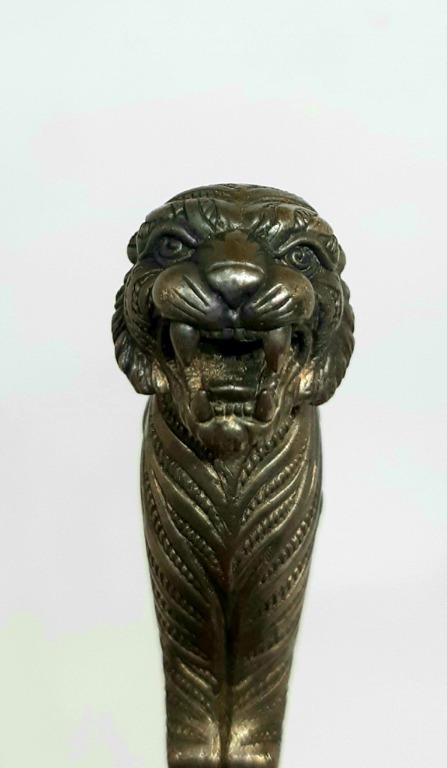 Only 999 pc were made, all with individual serial number

This powerful Mit Mor is made and strongly blessed by LP Phrom (Wat Ban Suan) in year BE 2559.

The sacred blade consist of ancient bronze material and molted metal with sacred .

The handle itself is hollow inside which LP Phrom personally added takruts and Leklai powder collected from 7 different caves in Thailand.

Its sealed so cant be seen.

The holy blade is made from ancient bronze material which is very rare and unique from the design.

Each Mit Mor has a specific serial number.

Every Mitmor are blessed individually by LP Phrom with sacred mantra to make the owner safe from danger, spirits and black magic.

The Yants on the blade are personally engraved by LP Phrom.

Each yant has their own meaning and they are very powerful for banishing evil spirits as Mitmor is usually used to perform exorcism and blessings.

Every Mitmor blade is believed to be protected by a Deva or “Guardian” for this mitmor, it houses a very powerful Tiger spirit meant to protect and guide its owner. Very similar to the malay version of “keris”

The Mitmor is believed represents the 5 divine weapons used by Devas.

1) Phra Indra, Lord of Deva whose weapon is the Lightning Fajra used to strike evil spirits and demons

2) Tao Wessuan, King of Yaksha whose weapon is the Chatra (parasol) used to destroy evil beings

4) Alavaka (Yakkha) who is a ohre whom weapon is the Dhusa when released in the air, rain will not fall and when released on the land, crops will not plant ; when release in the ocean, the sea will become completely dry up.

This Mitmor bestows the wearer with

– Be invulnerability against sharp weapons and physical injuries caused by weapons or projectiles, also known as “Kongkrapan”. During the olden days, warriors would carry a Mitmor for this very same purpose.

– Make the wearer invisible from enemies, avoid all troubles and be able to walk away freely from danger.(Klaew Klaad)

– Posses a strong charismatic power of authority, be able to gain respect from everyone and be feared by enemies.

This Mitmor can also be used for cleansing and healing. This will only be taught upon purchase.

Boon Keng MRT Exit B,
Once u come out the MRT Escalator turn back, behind the MRT Toilet you can see Blk 34,
the first shop you will see is a Boon Tong Kee restaurant,
just follow the long corridor and walk down u will see our shop as we after in the middle.

All Our Write ups are now strictly copyrighted by Singapore Intellectual Property Laws and any plagarism will result in a lawsuit.
We will not hesitate to take legal action against would be offenders.

***No refunds or No Exchange once Purchase of the item. We are not responsible for any claims arising out of the sharing of these information and its use