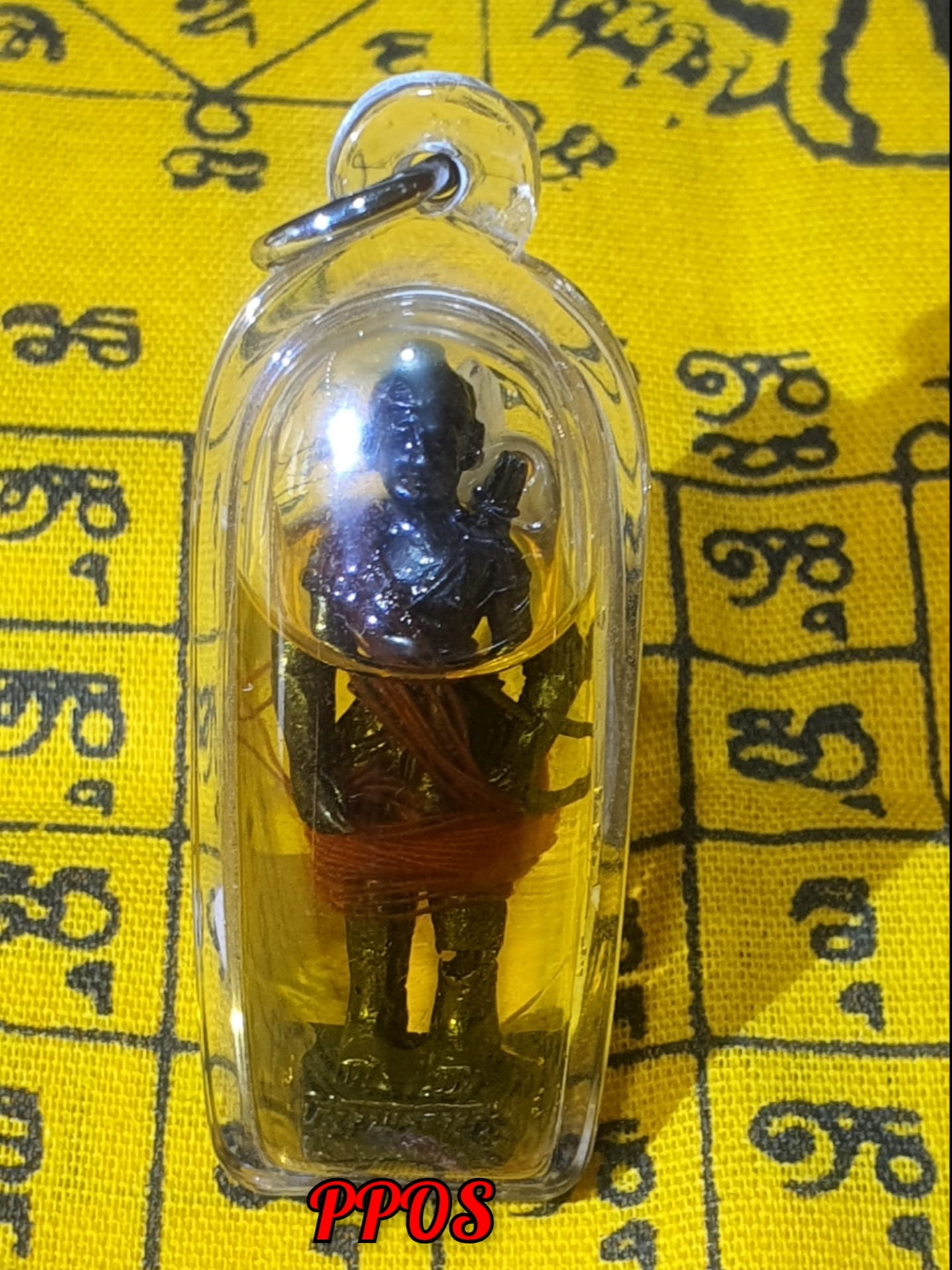 He is the legendary Ayuthaya warrior.

Khun paen was born in Suphanburi Province (some 70 km. northwest of Bangkok) but grew up in the borders of Kanchanaburi Province.

He was a disciple of Archan Kong, an expert monk, for magical studies.

Due to his skills in fighting, he was appointed by the king to be Khun or a high ranking military officer.

The Magical power of Khun paen, based on old legends, Khun Paen was handsome and very attractive to the ladies.

Although, he had many wives, still many ladies fell in love with him.

Khun Paen is known to have had magical knowledge.

He used this magic to make himself invulnerable and unseen to enemies, to change the marching track of the enemies to become alabyrinth field and to change leaves of the tree to become wasps to sting enemies.

Khun Paen is also a master in mantra and formulas with supernatural powers.

They were used for such purposes as stunning enemies, transforming his body into other forms, opening locks and chains, putting everyone else to sleep, and converting sheaves of grass into invulnerable spirit warriors.

Khun Phaen also uses love formulas to captivate women, and to be friends with kings.
Khun Paen was also the one who created Guman Thong.

He brought the dead baby from the womb of the dead Bua Klee,who was one of his wives, to the Temple chanting hall where the Buddha image was placed.

The Temple and its outer area is sacred place that no mighty ghosts or spirits can enter. Based on the legendary descriptions, Khun Paen was chanting some sacred mantras to invoke the spirit of Guman Thong while roasting the dead baby on the fire.

His story is legendary among Thai culture.

Khun Paen are generally used as charming and metta amulets.

According Archans, monks and local Thai people, Khun Paen amulets are generally best for the following:

1) Able to naturally attract the opposite sex.

2) Get to be liked, trusted, respected and admired by everyone.

3) Get to develop indestructible confidence and courage.

4) Easiler to ask for favour and help.

5) Gain the “upper hand” in business or career.

6) Sucessful in everything that your do.

😎 Victories in all aspects of lifes.

Boon Keng MRT Exit B,Once u come out the MRT Escalator turn back, behind the MRT Toilet you can see Blk 34,the first shop you will see is a Boon Tong Kee restaurant, just follow the long corridor and walk down u will see our shop as we slightly after in the middle.