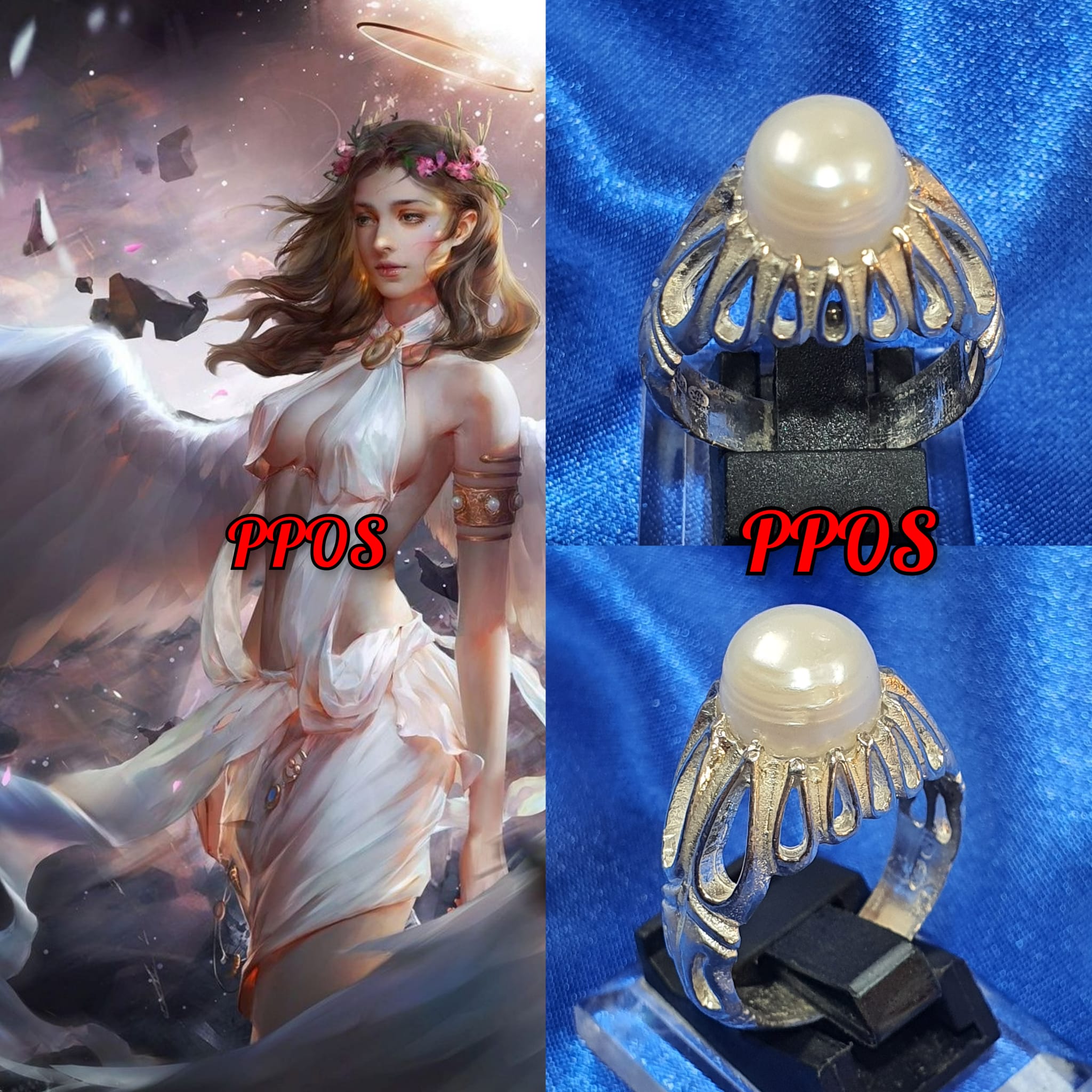 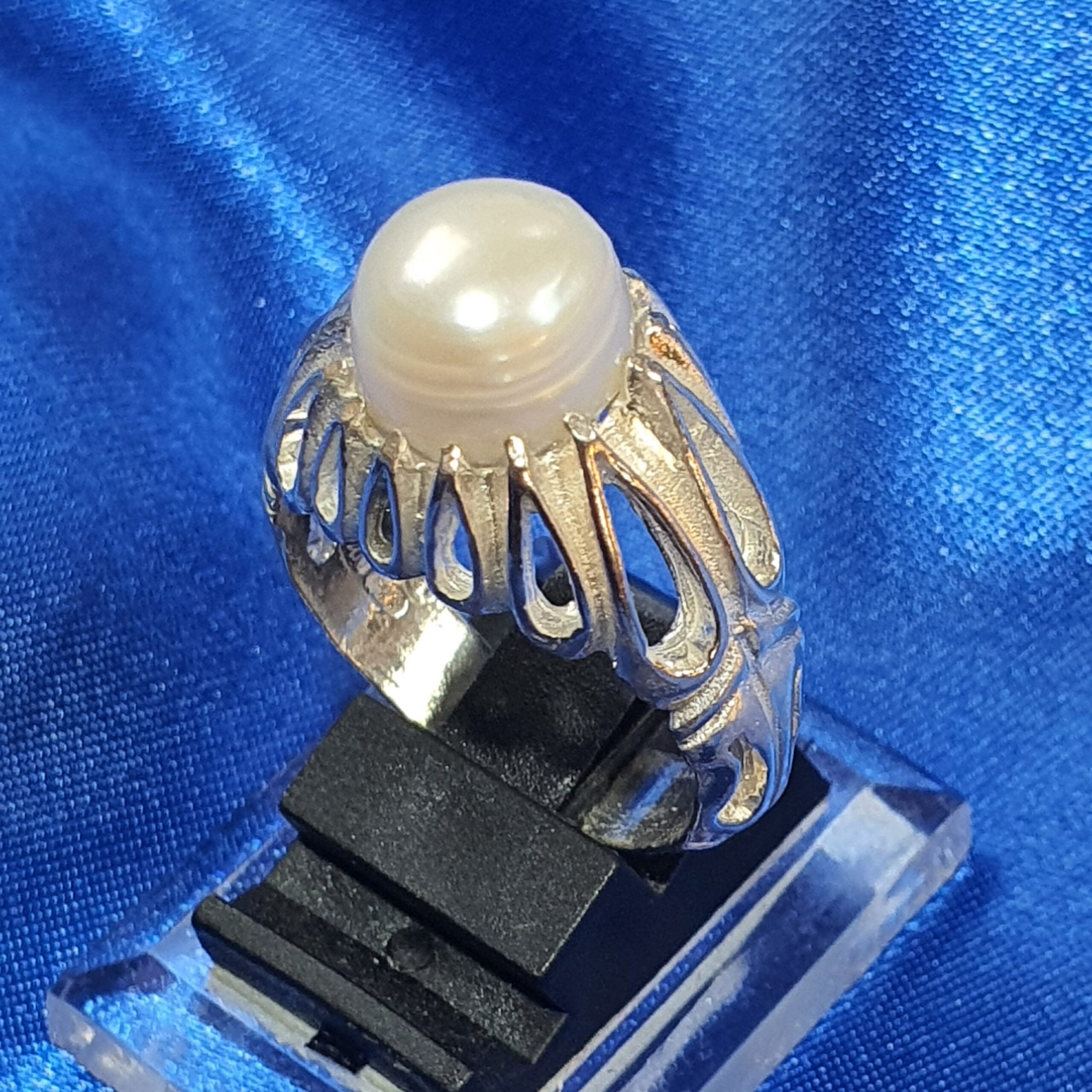 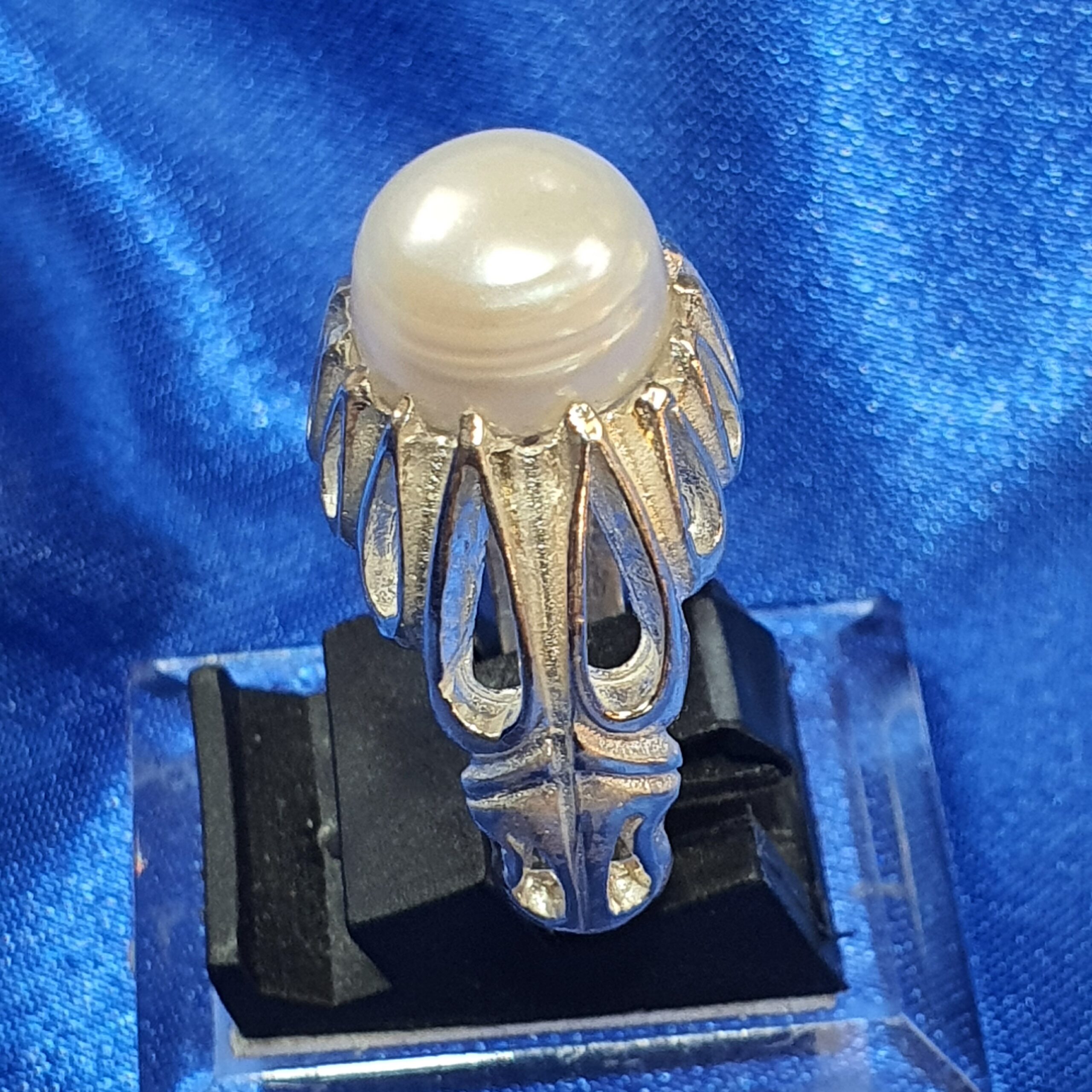 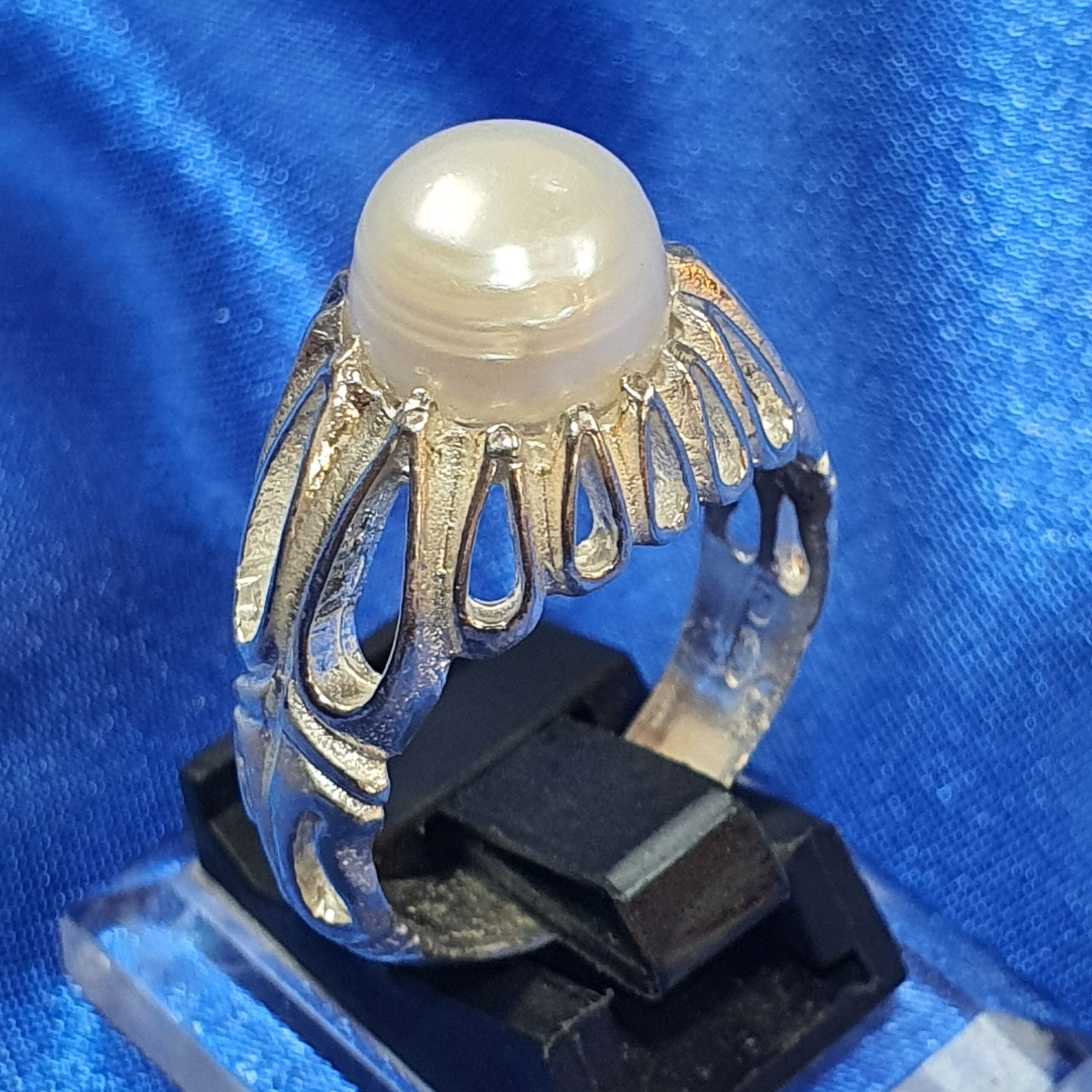 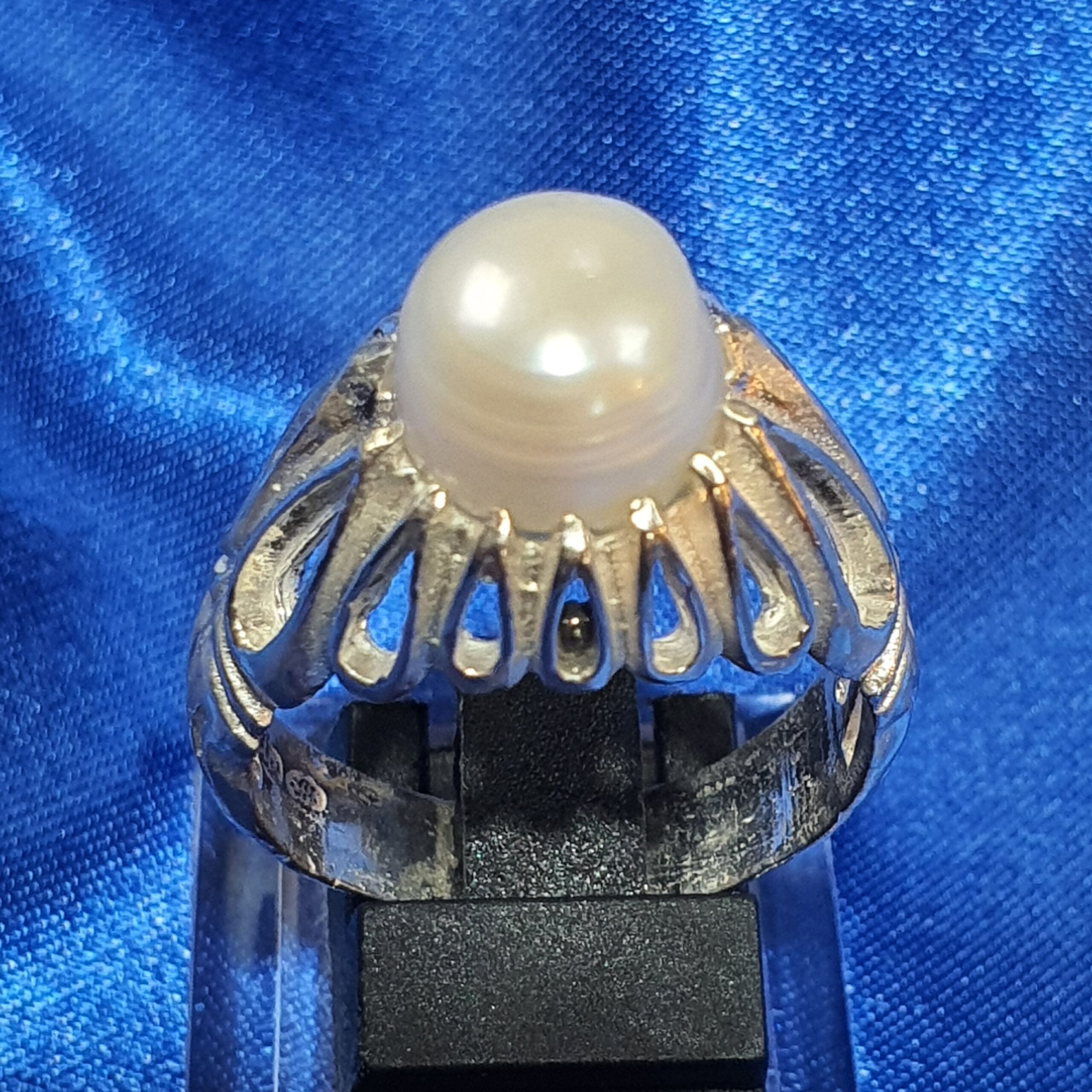 Dear Brothers and Sisters, I bid you all a very good Morning this day.

This South Sea Pearl Khodamic Ring is a part of a series of Rings that I unveiled last year in October that i called King Solomon Series.

It was named so because it is strongly believed that these Khodamic Entities I have before me are the Djinn and Ifrits from the Times or King Solomon and have been in his service since thousands of years ago.

Some of my readers may be asking themselves, is this really possible? To these readers I say yes resoundingly. I wish to tell you that a lot of misinformation has been perpetuated by ill informed dealers who rely on vague scriptural texts to dish out information on what Djinn can and cannot do.

Where they come from, their habits and what not.

I would like to state at times, when we start talking about people or Entities they do take notice of us as well. Call this the Universal laws of attraction.

I was informed months ago last year by my Sources that the Conjurers were in agreement that certain very old and powerful Entities had awakened, they called them the old ones.

There would be a concerted joint effort by the Conjurers I work with to invite them to reside in Khodamic Rings.

To this end I resume my introduction of this South Sea Pearl Ring Set in handcrafted 925 silver ring. If you look at the pictures of this ring, you will appreciate that it is very beautifully made with the Greatest of Skills. The Pearl used is also Genuine and Found Naturally in the South Sea.

I shall let the pictures do the talking as to the craftsmanship and quality of my Khodamic Rings. They are indeed a labour of love and a work of art.

Now onto the Khodamic Ring itself, This was part of the first of a series of 100 Khodamic Rings which is believed to host a Khodamic Entity who is known to have been in service to the Legendary King Solomon himself.

I call this Khodam The Loving Princess.

The Loving Princess is believed a Jaan Princess of Royal bloodline. She is known to have been in direct service to the King of Kings, King Solomon in ancient times.

As liege and Heir of an Entire Jann Clan, her services was required to control and ensure the Jann Djinns and remained disciplined and were committed in service to Mankind, prevent attacked by the Evils Djinns and Protected the Workers and their Families who were in service to King Solomon.

The Loving Princess is a wise and very loving Princess. She is both disciplined and dedicated towards her Owner.

She wishes to serve one who is passionate to make the most out of their lives.

This Jann Princess is believed to be about 15 thousand years old. She loves all colours that are light and vibrant, she loves for the Master to be cheerful and carefree and she is known to be eager to change the direction of your life.

She is believed to be there to energise you, to motivate and empower you to make good decisions that will positively impact your life.

This Jann Princess is also believed to be very skilled at the Art of Kismat Ulaat or Reversal of Fortunes and it is known to be able to bless one with Windfall , Good Trade and Commerce as well and Loving Kindness from The Fates so that Destiny may be kind on the Master.

This Jann Princess is known to be a Guide, A Protector and a Facilitator for her Master.

The Khodamic Ring of the is believed to make the would be Owners Life shine strongly through all adversity and remove all hardships that may come your way.

She is believed to be a most influential leader of the Jann Djinns and her presence may be felt by the Owner almost immediately.

The True measure of a Khodamic Ring from PPOS is known by the fact that my customers have almost all to a person reported a direct and meaningful contact with their Khodamic Entities that are known to reside within our Khodamic Rings.

It is believed that you will certainly make contact with the this Princess in a matter of time, direct communication between master and Djinn is recommended to make the most use out of your Khodamic Ring and reap the maximum benefits.

This Loving Princess. This Jann Djinn Treasure is believed to be adept at Wish Granting and so The Potential Owner may at their own convenience communicate and their innermost desires and request for help.

The Khodamic Ring of the Loving Princess, The Jann Elder who is from the King Solomon Era is for anyone who is willing , ready and able to face his or her Khodamic Servitator and ask for Guidance, request for Help and be willing to learn from the Vast Wisdom that this Most Wise Princess of Janns is believed to have.

You may ask, some may not answer but this Loving Princess is believed to always answer and be ever present.

Do take note that this is Unique and One time only listing. There will be nothing similar to this ever, Once sold gone forever. I cannot replenish such as Khodamic Entity just the same as there is no 2 persons alike in the World.

The Khodamic Ring of the Loving Princess is believed to be most efficacious for Wealth Fetching, Prosperity, Windfall, Side Wealth, Creating Opportunities, Protection, Safety and for changing ones life direction for the better.

It may be used by anyone from all walks of life, regardless of their beliefs and practises. This may be used safely by persons of all ages as well. There are no taboos or restrictions. Priced at $400 , I expect this to be gone fast.

Thank you for your patience and support my dear readers and friends.

This Write up is COPYRIGHTED by Phra Pirab Occult Specialist Pte Ltd on the 14th of January 2023 at 11.53am