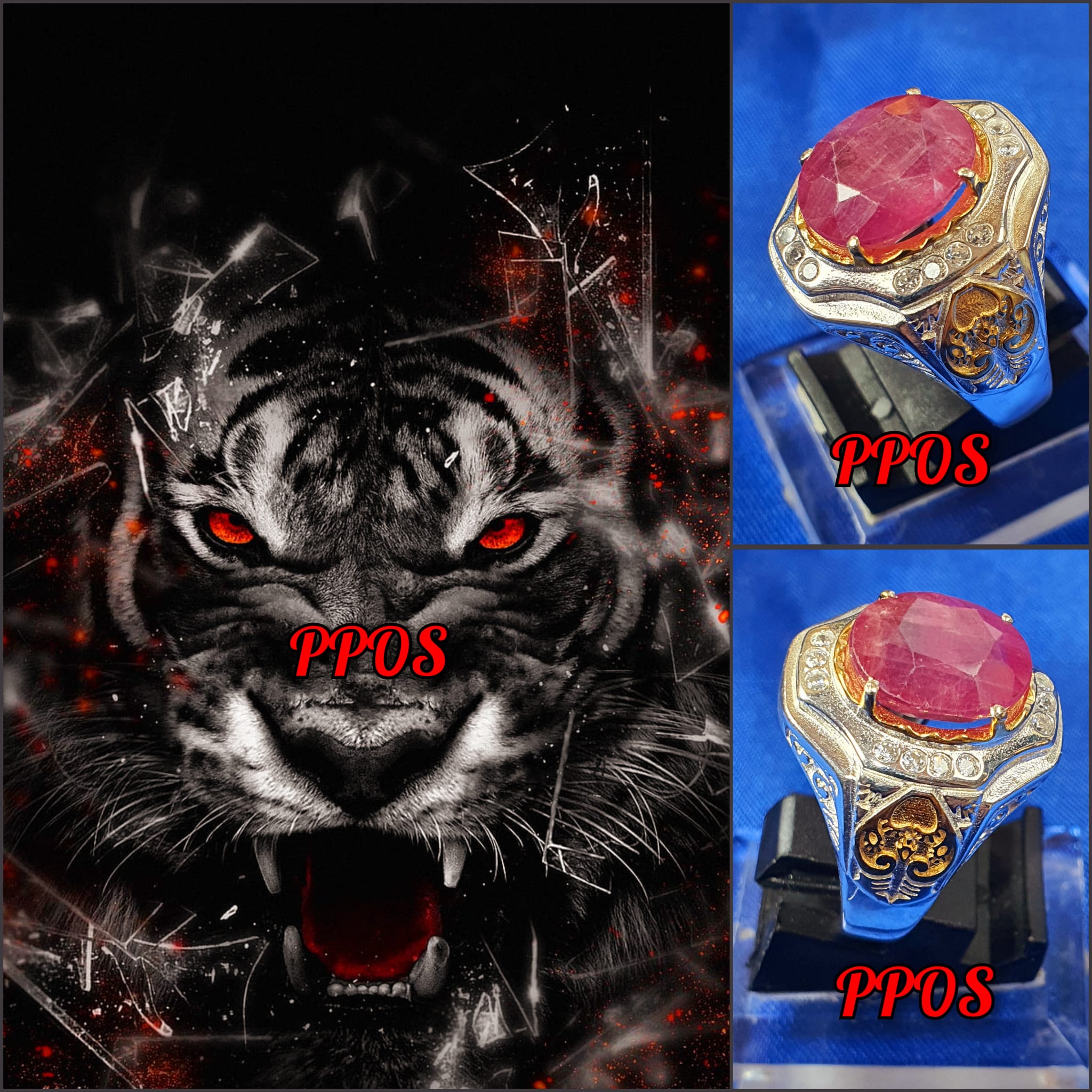 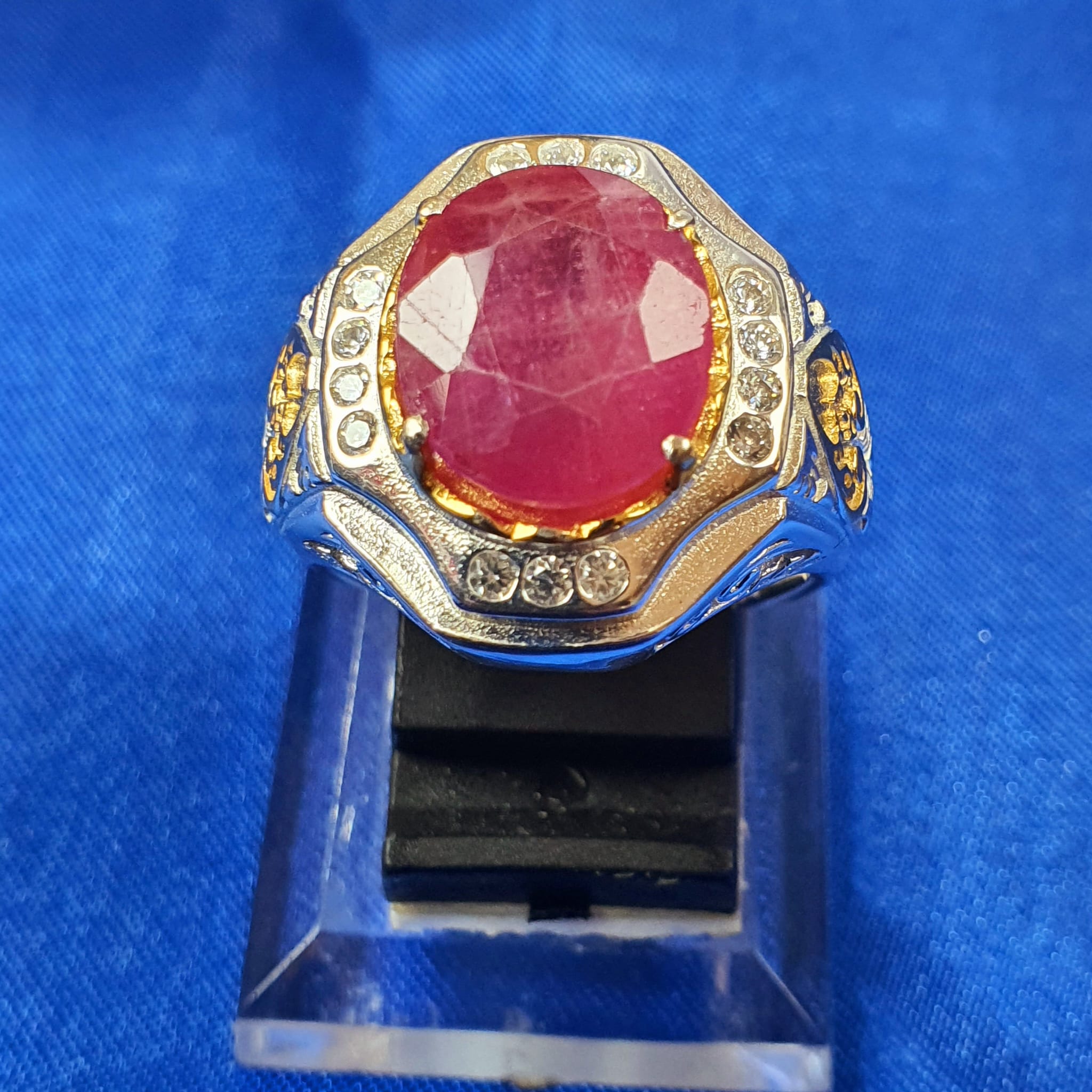 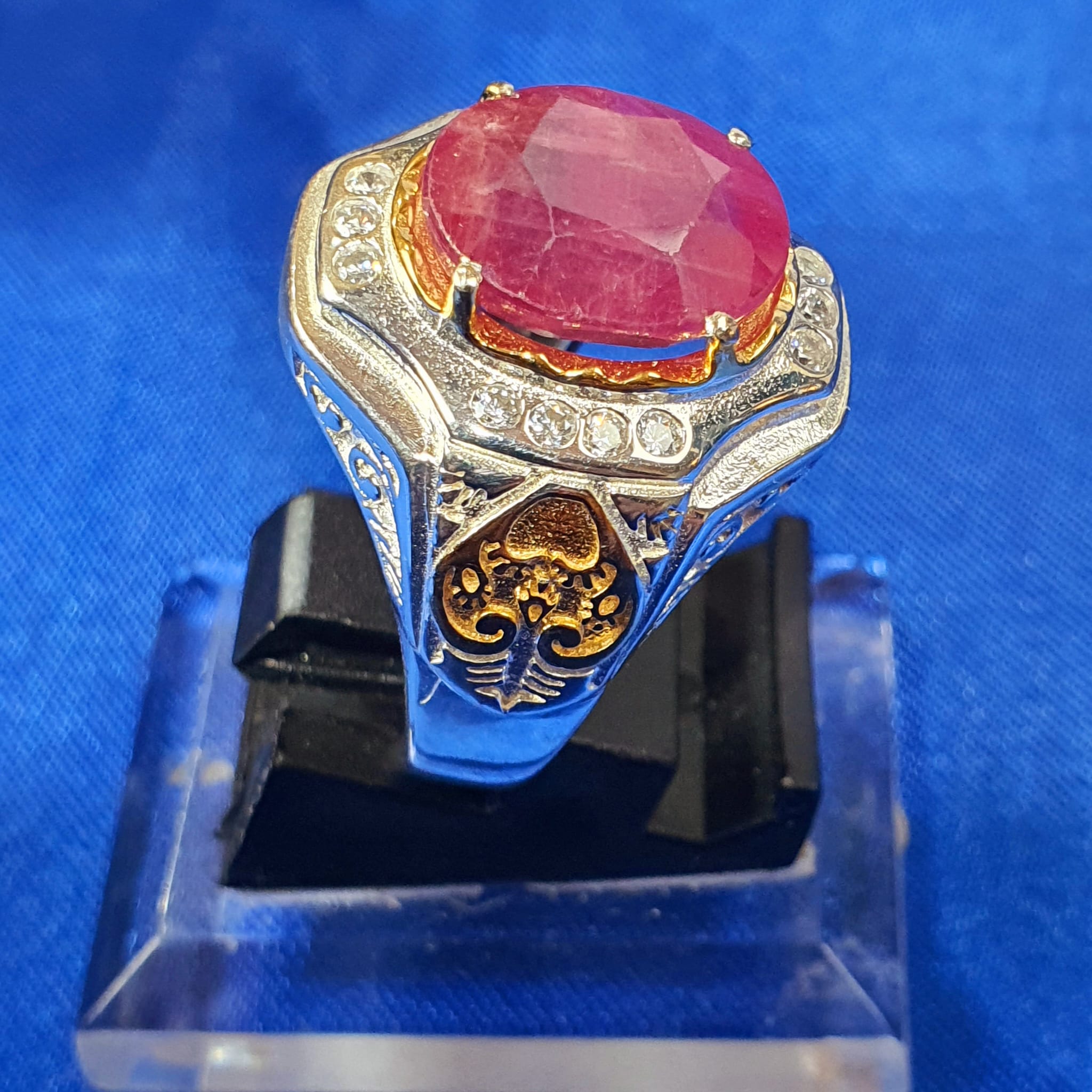 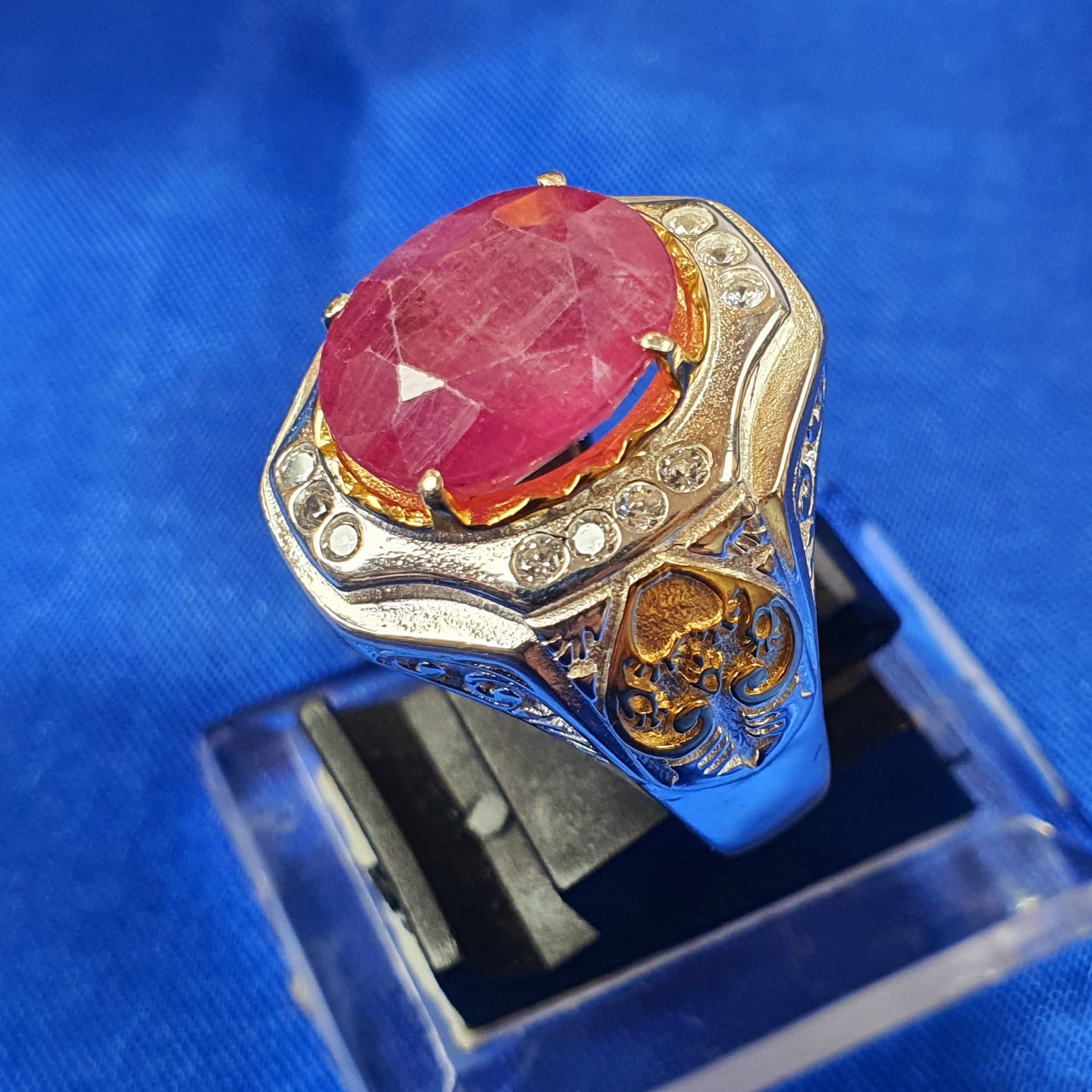 Good Afternoon to all my Brothers and Sisters,

I have obtained with great difficulty today an Authentic Precious Red Ruby Khodamic Gemstone which is believed to be a most special one of its kind in the Goolhim Hybrid Clan.

This is believed to be a High Level Powerful Red Eyes Tiger King khodam / Jinn from the Goolhim Hybrid clan.

This Tiger Khodam is believed to reside naturally in this Precious Ruby Gemstone for Thousands of Years as it formed under the earth’s Crust.

The Rarity of the Khodam is only complimented by the Enchanting Big Red Ruby which will command Great Presence and has a most Majestic Aura about it.

This Ancient Goolhim King Tiger is a Gigantic, Mighty Powerful Khodam who doesn’t have the habit of backing down from any spiritual fights or Attacks aimed at his Owner.

He has a most unique feature which is that he is believed to Have Red Eyes and His Stripes and Form are believed to be composed of Red Flames of Fire.

This great Red Eyes King of Tigers Khodam is believed to be extremely Loyal and Obedient to his Master.

He is known to be Mighty and a Formidable Protector who is believed to protect you and your immediate family against any Evil spirits and Black magic.

This Tiger Khodam is believed to be capable of forming a unbreakable Supernatural fencing around his owner to protect against any Black magic, witchcraft, hypnotism, Talismanic magic etc.

This Great King Tiger Jinn is believed to provide a very powerful Aura of Authority and Charisma to his Owner.

Your enemies may hate you but they will have to respect you. This is True for this Khodam more so than anything else you may believe in.

It is believed that this King Tiger Jinn is very capable of protecting his owner against enemies, those who seek to hurt or harm the owner and his family.

The person affected is believed to stop doing whatever bad things they intend to do and move on with their lives leaving the Master and his family alone.

He is believed to have in Command, thousands of Tigers and is the King to all of them.

This is what makes this Khodamic Ring stand out heads and shoulders apart from the rest.

He’s believed to be famous for bringing in Luck from unexpected Sources, Wealth and Fortune fetching from all directions. * This Tiger Khodam is known to be a Symbol of Powerful Prosperity in his Realm.

He is known to protect against Bad luck and Misfortune, ensuring Owner always had food to eat and money to spend.

It’s not necessary to pray to this King Tiger but the Proper Respect should be given to him and some time spent for him. It’s natural to crave for meat when u own him, haha.

He is believed to Increase your Charming ability and the General Attraction and can make the members of the opposite sex attracted and be drawn towards you.

He is known to gradually increase the sixth sense and the spiritual ability of the owner, making them more receptive to the spiritual realm.

One of the Key abilities this King of Tigers Khodam has is believed to be able to make the owner sense when someone is making use of him and manipulating him by giving him a direct feeling of unease.

It is believed your Immunity power will Increase and will not fall sick like last time and you will find that you have more energy. Few hours of sleep and you still can be fresh.

He is believed to raise your Social status and help with climbing the Social ladder whichever line you are in.

He is also believed to protect the owner against depression and ensure owner does not take or develop a habit of taking intoxicants.

It’s believed Deep Resounding Roaring can be heard at times and a Giant Tiger made of Red Fiery Flames may be sighted lying outside your door in the night guarding you during the Dream state.

You don’t have to get paranoid as this is His way of showing His presence and providing Protection.

Do feel free to scan the stone but with prayers please.

Are u the selected one?

Do u have great urge to own this spectacular Khodam?

This Spectacular Red Ruby Khodamic Gemstone Ring Set in 925 Sterling Silver it may be worn on the Finger to be displayed with pride to all who behold you.

The Value of this Red Ruby Gemstone will only go up in the Future that’s for sure.

This is a most attractive Deal as the Owner would not only get a Mighty and Formidable Red Eyed King of Tigers Goolhim Hybrid Jinn, he would also own a Huge 8 Carat Plus Solid Red Ruby Gemstone set in a stunning 925 Silver Ring that can be worn with Pride.

Red Ruby as a Gemstone itself is believed to be a Gemstone of Vitality, Positive Energy, Success and Recognition with the Vedic Belief that He who Adorns a Red Ruby would most certainly enjoy all blessings of Nature and All Manners of Material Pleasures.

In all Manners and Beliefs, this Khodamic Red Eyes King Tiger Red Ruby Silver Ring is a most attractive Deal.

This Write up is COPYRIGHTED by Phra Pirab Occult Specialist Pte Ltd on 21 September 2022 @ 11:55 hrs