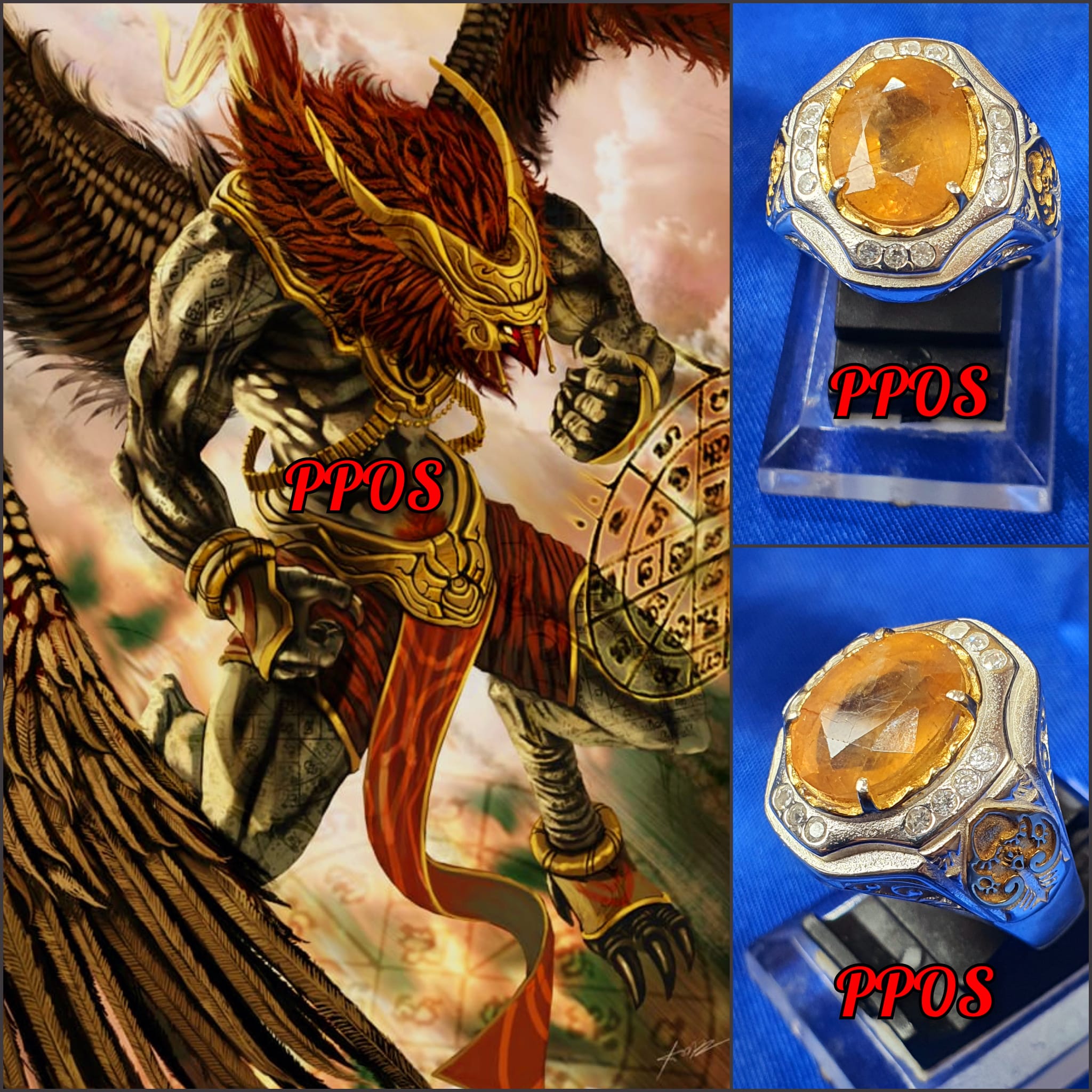 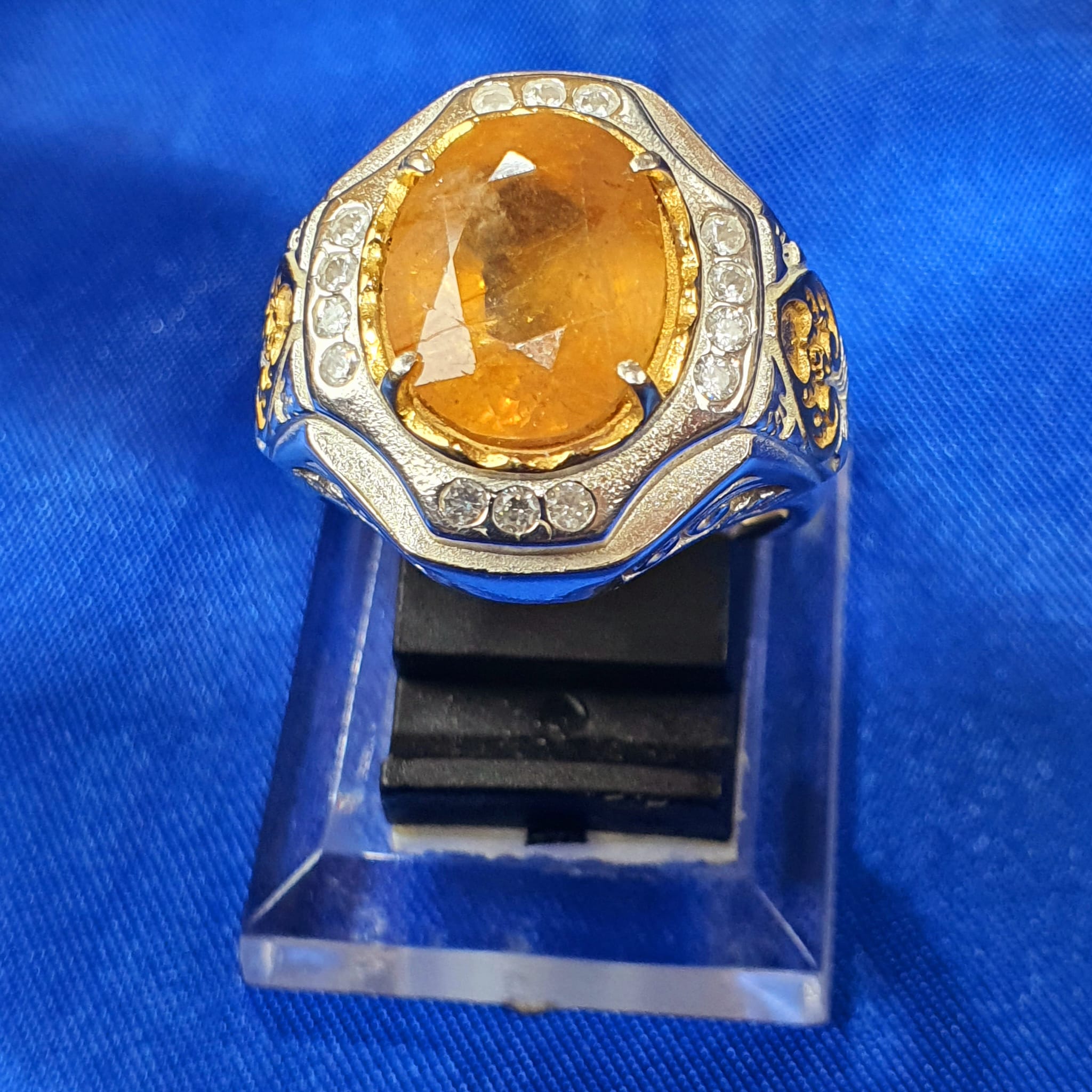 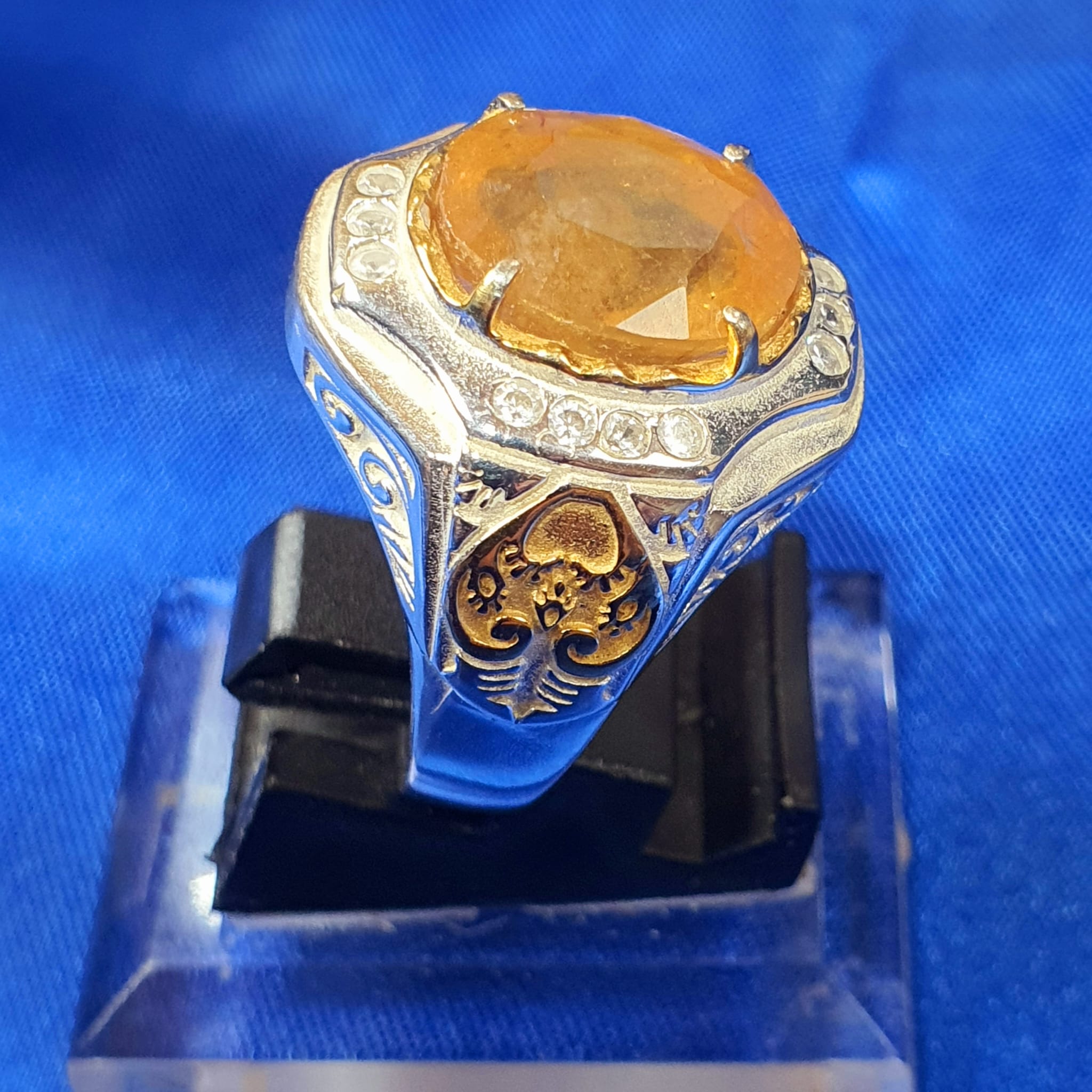 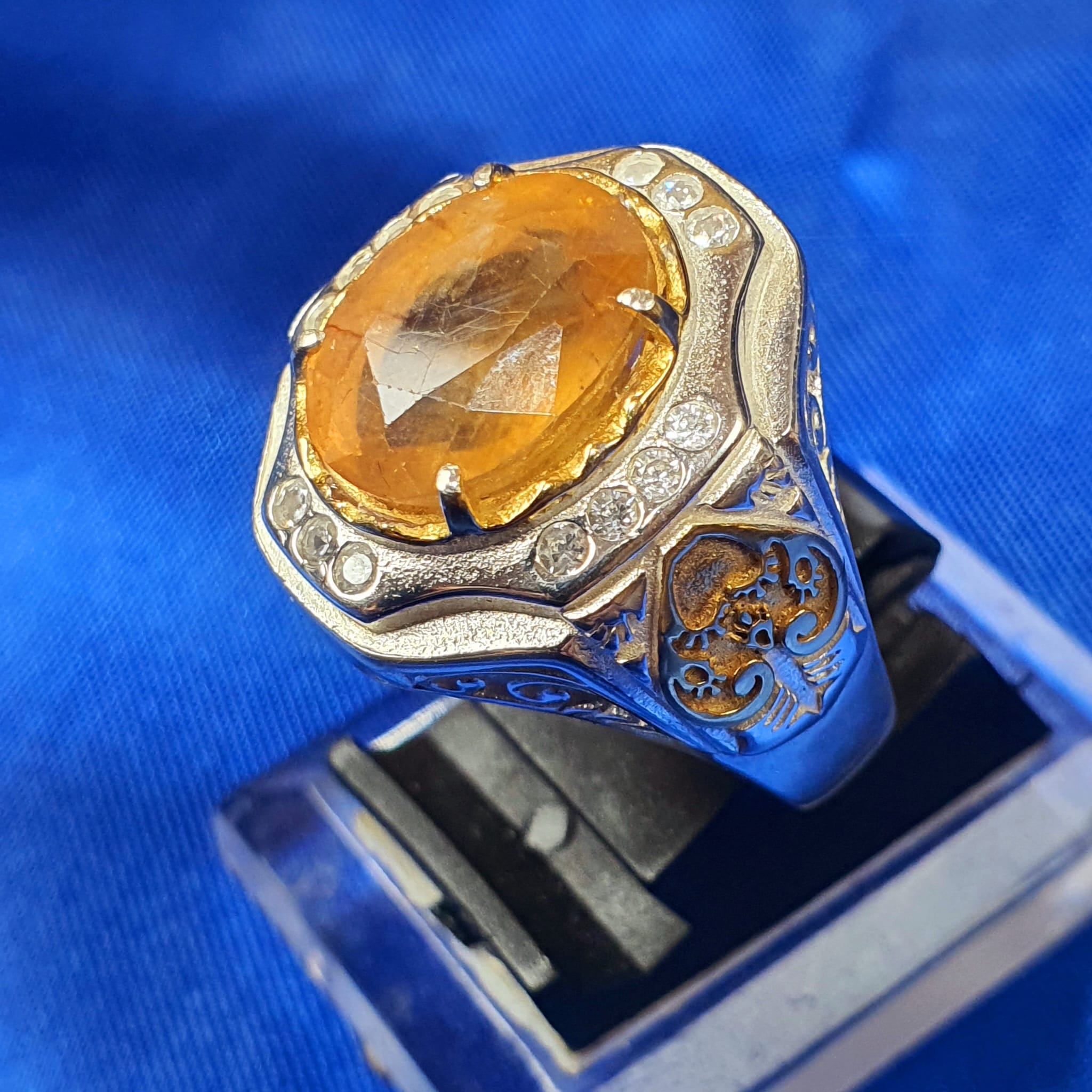 Good Morning Dear Brothers and Sisters, we take great pleasure in presenting you yet another Khodamic Treasure.

This is believed to be the Most Magnificent Very Fierce but Loyal Garuda Emperor Jinn who is known as the Malikul Iimbratur Jaruda.

The Emperor Garuda makes his appearance after an absence of nearly a year since we last had a similar Khodamic Entity.

For those who don’t know what is Garuda, He is believed to be the King of Eagles.

Under the Pantheon of Goolhim Hybrid Jinns, from the Clan of Jaruda Malak al Nusur.

His Rank is that Of an Emperor.

He’s believed to be much Bigger and Stronger than the Usual Garuda.

This Magnificent Jaruda Emperor Jinn is believed to be bound to this Most Excellent 8 Carats Vivid Lemon Yellow Sapphire Gemstone.

The Yellow Sapphire Gemstone itself radiates and pulses strongly with Vibrant Positive Energies. One may almost sense this from the Pictures itself, for those who can scan pls do so.

This energy can also be sensed easily when one holds this Khodamic Ring in the hand or slips it onto the Finger.

This Vivid 8 ct. Lemon Yellow Sapphire Gemstone is Set most artistically in a 925 Silver Ring with Gold Highlights and accents.

This Ring was handcrafted and took about 21 days to shape and file by hand.

This design itself is indeed a tribute to the Jaruda Emperor Jinn that we have.

A Fine Ring, that looks so eye catching and outstanding, this is sure to capture the Attention of one and all when it is worn.

Coming back to the Khodam itself, This Jaruda Emperor is believed to be not just a Goolhim Jaruda Malak al Nusur Eagle Jinns, But is also described by Archaic Texts of the Middle East as being a Fiery Garuda Jinn with Wings full of Hot Smokeless flames just like what is the trademark appearance of the
Goolhim Garuda Jinns from the Tribe of @@@@@@@.

His Speed and Entry can be compared to the modern 21st century Movie , the Ghost Rider with his smoking hot bike which sprouted Fire and left a trail of Flames in its wake.

This Goolhim Hybrid Jaruda Emperor is of the 1st nature of the Jinns who inhabited the Skies and who are believed to be able to cover vast distances over land in the blink of an eye.

If you have a collection of hardcore barangs then this will be their Godfather and Ruler.

This Jaruda Emperor Jinn is believed to be a no Nonsense straight to the point kind of Entity His mere presence can give shivers to the evil spirits and any malevolent demonic beings.

He’s naturally a very vicious being but his Loyalty and obedience to his master surpasses everything.

It’s a responsibility when u own him as he’s believed to be capable of inflicting serious damages to your enemies even without asking but he is known to always seek your permission if the One who hurts you is close to you.

In short he can’t see his Owner getting bullied in anyway.

It’s wise to give him the rules of dos and don’ts and he will follow suit as per the law laid down by his Master.

His specialty is that he is believed to be able to turn a Timid and Docile person into a brave, daring and impressive person within a Heartbeat.

The Master is believed to exude Great Aura of Authority, their deepest fear of the unseen will be gone.

He is Believed to Command supernatural strength and energy when needed.

Guardianship and Protection is believed to be bestowed onto the immediate family members as well.

He is believed to Make the owner healthy, vibrant and full of energy.

No matter how strong a Supernatural being is, it’s believed you can’t be possessed with this Garuda Emperor.

Over the time, the Owner may by the grace of the almighty cure people who are possessed and may also empty a Haunted place even if there’s an army of supernatural beings within by the Power of this Emperor.

The secret to always keep him in full energy will be shared with the new owner only.

With him around you tend to hear huge feathers flapping often.

The Owner may also smell Saffron sometimes near this khodamic stone.

He believes in a Higher Power and is neutral in nature.

He would adopt and walk the owners path whichever way it leads to.

So, is he all about protection?

No, definitely not, He is believed to get things done in a flash and grants your wishes fast.

Also believed to bestow on his Master as follows…

– Sixth sense premonition before anything bad is to happen.

– Manipulation of situation to owners advantage.

– Bestow seduction and attraction by making the Master look macho and manly.

– You will find your vision getting sharper and overtime one might not even need spectacles to see and much much more for you to experience yourself when owning him.

With this Jaruda Emperor Jinn you don’t need to worry about wording your wishes well or any Backlashes, he’s very loyal, and is an obedient Powerhouse.

You will love and respect him for his Qualities.

You will need to spend some initial quality time with him for bonding.

For those able to scan please feel free.

We are very confident of this Emperor Khodam Jaruda.

I highly recommend it to anyone wanting to see big changes in their way of life and quality of life. I’m very confident the new owner will give me a great testimonial for this Khodamic Ring in the Time to come.

This Khodamic Ring may be carried by Anyone. There are no restrictions or taboos.