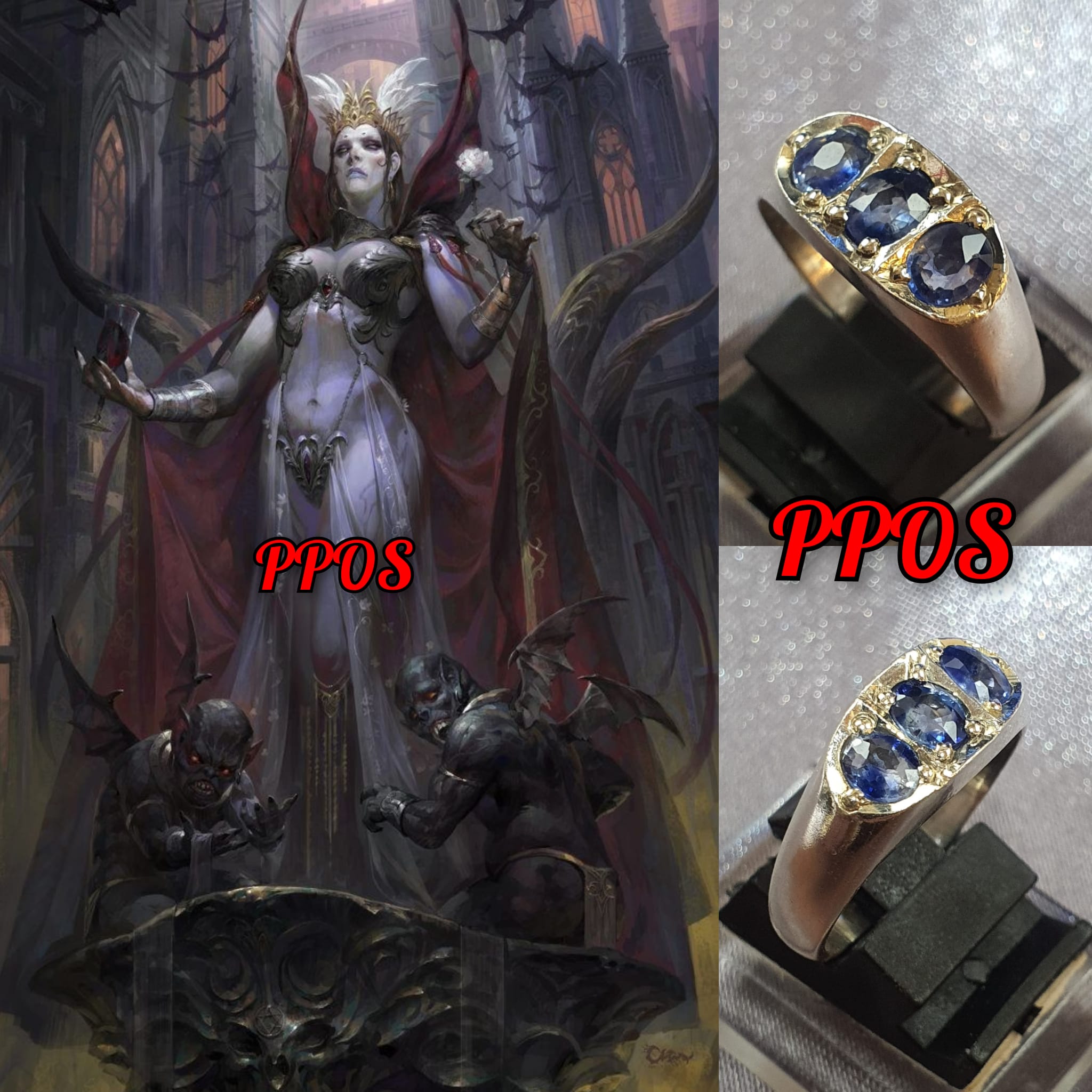 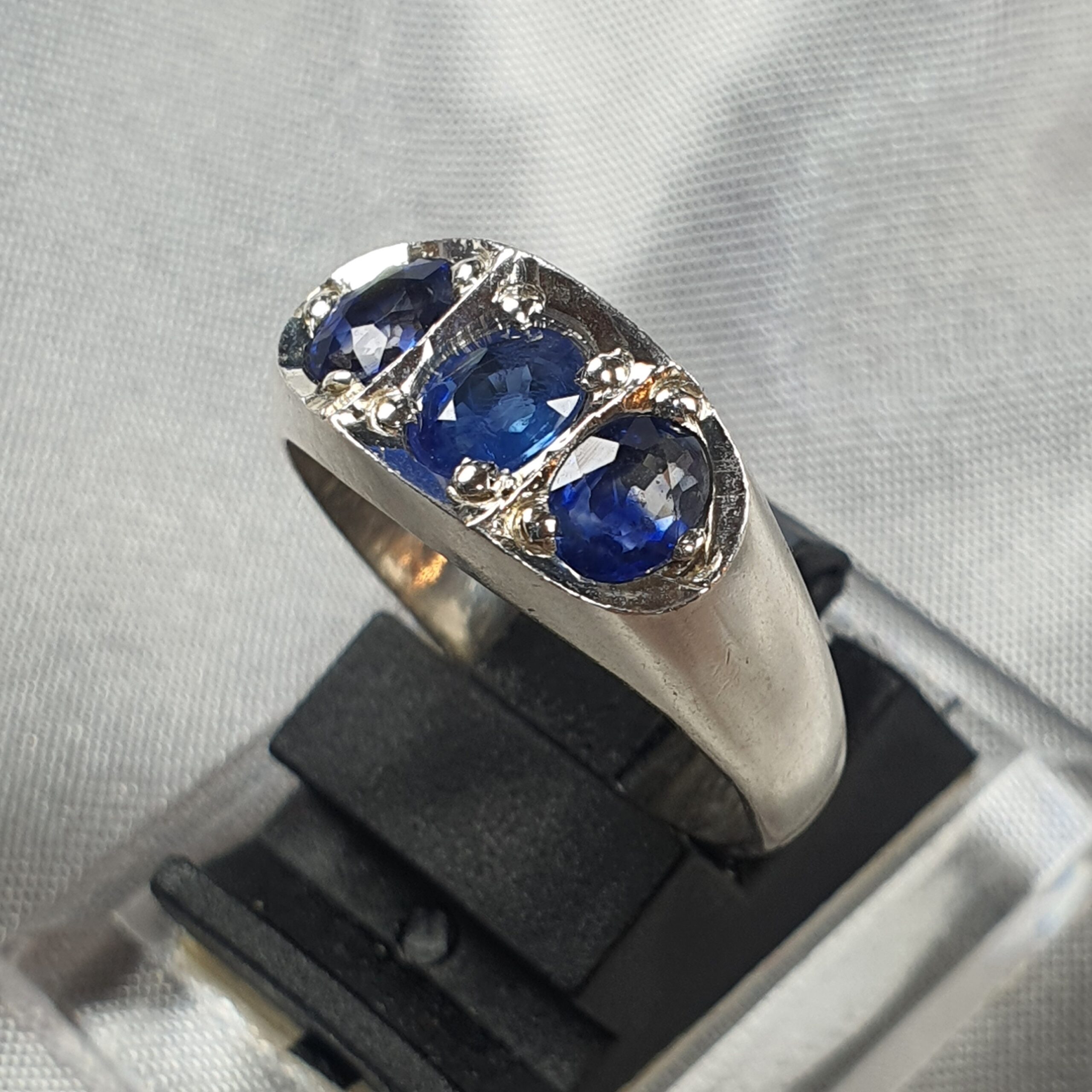 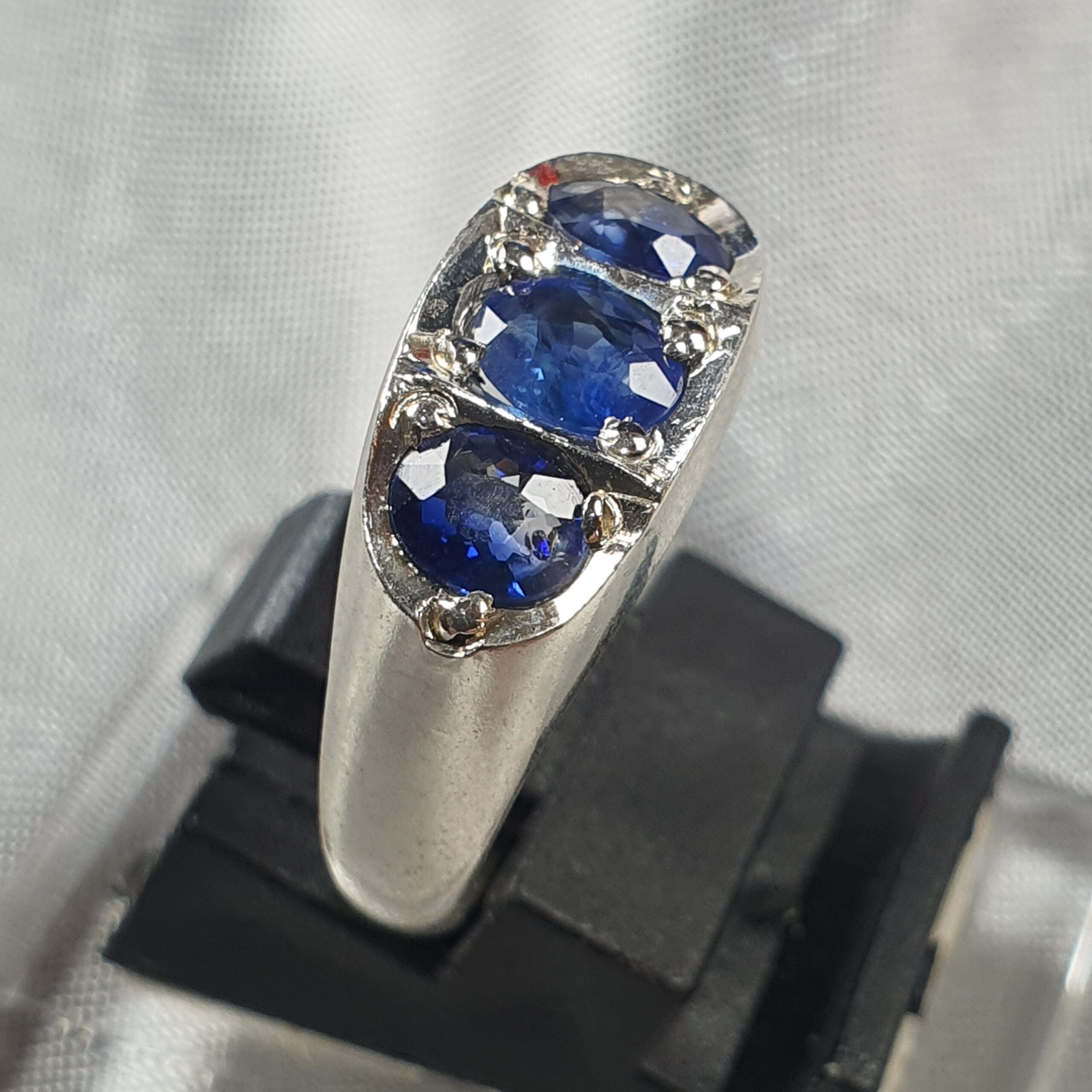 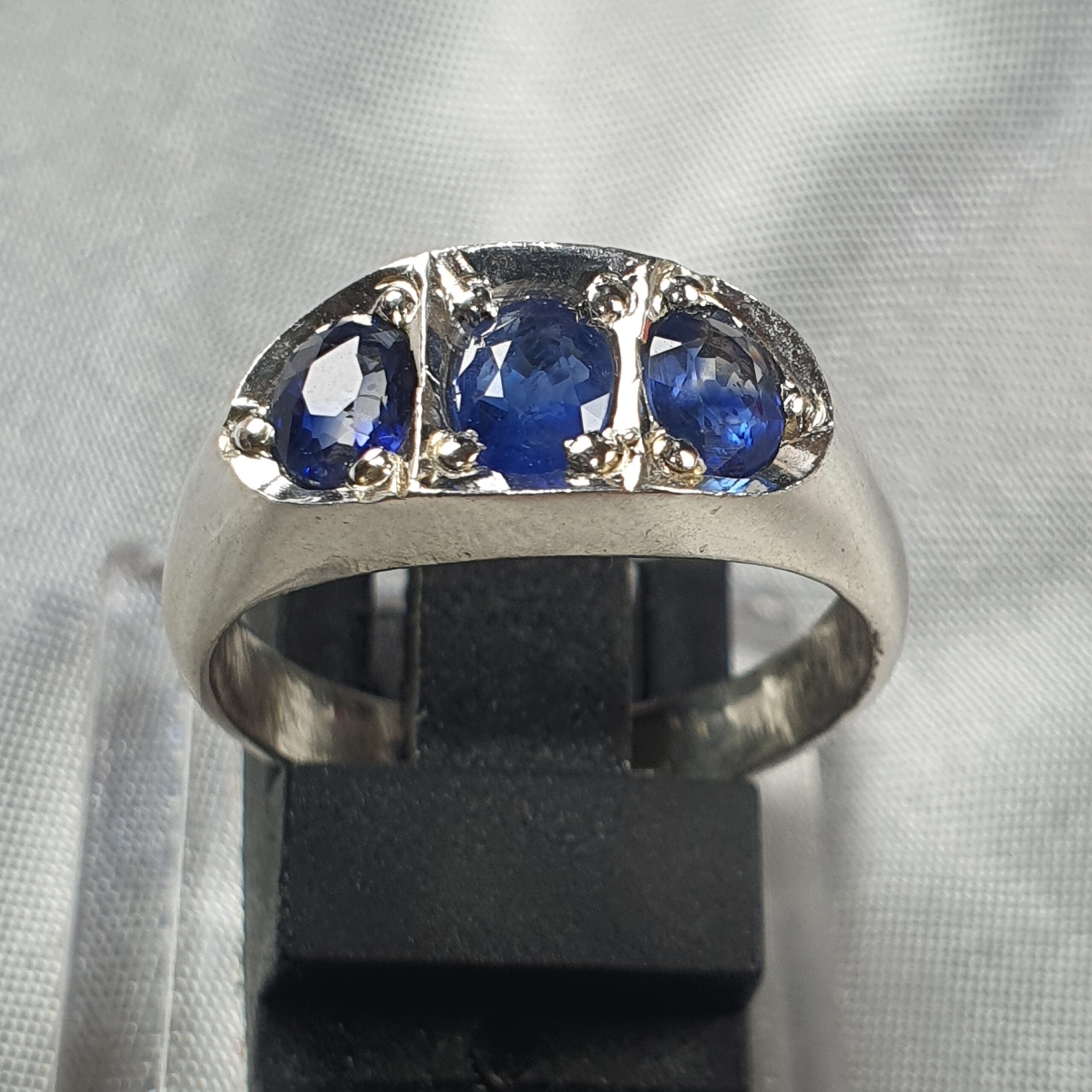 3 Carat Ceylon Blue Sapphire Khodamic Ring of the Empress Agrat Bat Mahlat Believed to be most efficacious for Fullfillment of all Desires, Pleasures, Popularity, Prosperity, Unparalleled Protection and for Learning Estoric Secrets

Good Afternoon Dear Brothers and Sisters, i am pleased to introduce to you what is believed to be a most Special Khodamic Ring of Agrat Bat Mahlat.

This Khodamic Ring is believed to serve as a Channel, Conduit and Gateway between the Realms of Agrat Bat Mahlat and our World.

For those of you who do not know who Agrat Bat Mahlat is , let me make a brief introduction,

It is believed that The Creator of Agrat Bat Mahlat is God Almighty.

She is believed to be Sister to
Eve, Naamah, Lilith, Eisheth Zenunim.

It is believed the following are some of the Titles bestowed onto Agrat Bat Mahlat,

Mother of Of All Shaitaneen,

Mother Queen of the Rabisu,

Agrat Bat Mahlat, also known as Igrat or Ryukia Zerizion, is believed to be a Succubus Ifrit Queen second only to Lilith in Power and she is believed to ranked as the King of the Succubi who takes the form of a beautiful woman that comes to men in their dreams to seduce them.

This is believed to mean that This Khodam is a most ancient Ifriteen who is known to have been created by God Almighty Directly.

Her Khodamic Ring is a beautiful 3 Gemstone Blue Ceylon Sapphire Ring made out of 925 Silver. The Gemstones are estimated to be about 3 Carats in total and are of the Highest Quality and Grade.

The 3 Blue Sapphire Gemstones are also known to represent her 3 Syallble name.

It is believed that these 3 Gemstones open up to the 3 Different Realms of Agrat Bat Mahlat,

One Gemstone is believed to open up to Her Realm of Rule, the Underworld,

And the Third Gemstones is believed to open up to the Realm of of Garden of Eden, the Dream World.

These 3 Realms are known to be the playground of Agrat Bat Mahlat.

There is absolutely no need to keep Her name secret as she is Known as the Mother of Sorrows and those who take her name in vain are believed to incur her Wrath.

* The special method of invoking Agrat Bat Mahlat will be taught to the Wearer of this Khodamic Ring, do take note, you will enter into a relationship based on friendship and mutual respect with Agrat Bat Mahlat as she cannot be bound nor subservient to any creature.

This is also the Very First time that i have presented a Khodam Being of such intensity and power.

I highly recommend her for the trait of being very friendly to humans and sympathetic to out troubles and cause.

Agrat Bat Mahlat is also believed to be “the Mistress of the sorceresses” and as such she is known to confer many Abilities in this area to the Wearer of this Khodamic Ring.

Agrat Bah Mahlat via this Khodamic Ring is believed to be able to also,

– Reverse the Fortunes of the Wearer for the better.

– Engineer and Manipulate Circumstances and Situations for the Wearer ensuring the best outcome possible in any given scenarios.

– Bestow a very high level of Charming Ability and Attraction onto the Wearer the likes of which have never been seen before.

– Easily Make the Wearer appear irresistible to those who behold him or her making it hard for anyone to refuse requests made by the the Wearer and also Impart an Aura of Intrigue and Magnetism onto the Wearer thus ensuring they are the center of Attention wherever they may go.

– Ensure the partner or mate of the Wearer only has eyes for them and stays beholden and faithful to them only never straying away.

– Impart estoric knowledge to the Wearer of this Khodamic Ring thereby transforming the Life of the Wearer for the better.

Fullfill and Grant Wishes of the Wearer as per desired when Pleased.

– Protect against all magic related to Charms that are intended to influence the Owner to become attracted to another. Only True love will prevail. This is a very good thing as many use charms of opposite sex attraction and charming ability.

Agrat Bat Mahlat is believed to hold the title of King of the Underworld despite being a Female due to her Formidable Powers and as such she is known to ensure that Wearer of her Khodamic Ring can never come under the influence of Black Magick as such matters come under her Dominion.

This Write up is COPYRIGHTED by Phra Pirab Occult Specialist Pte Ltd on the 10th of November 2022 at 12:25hrs.