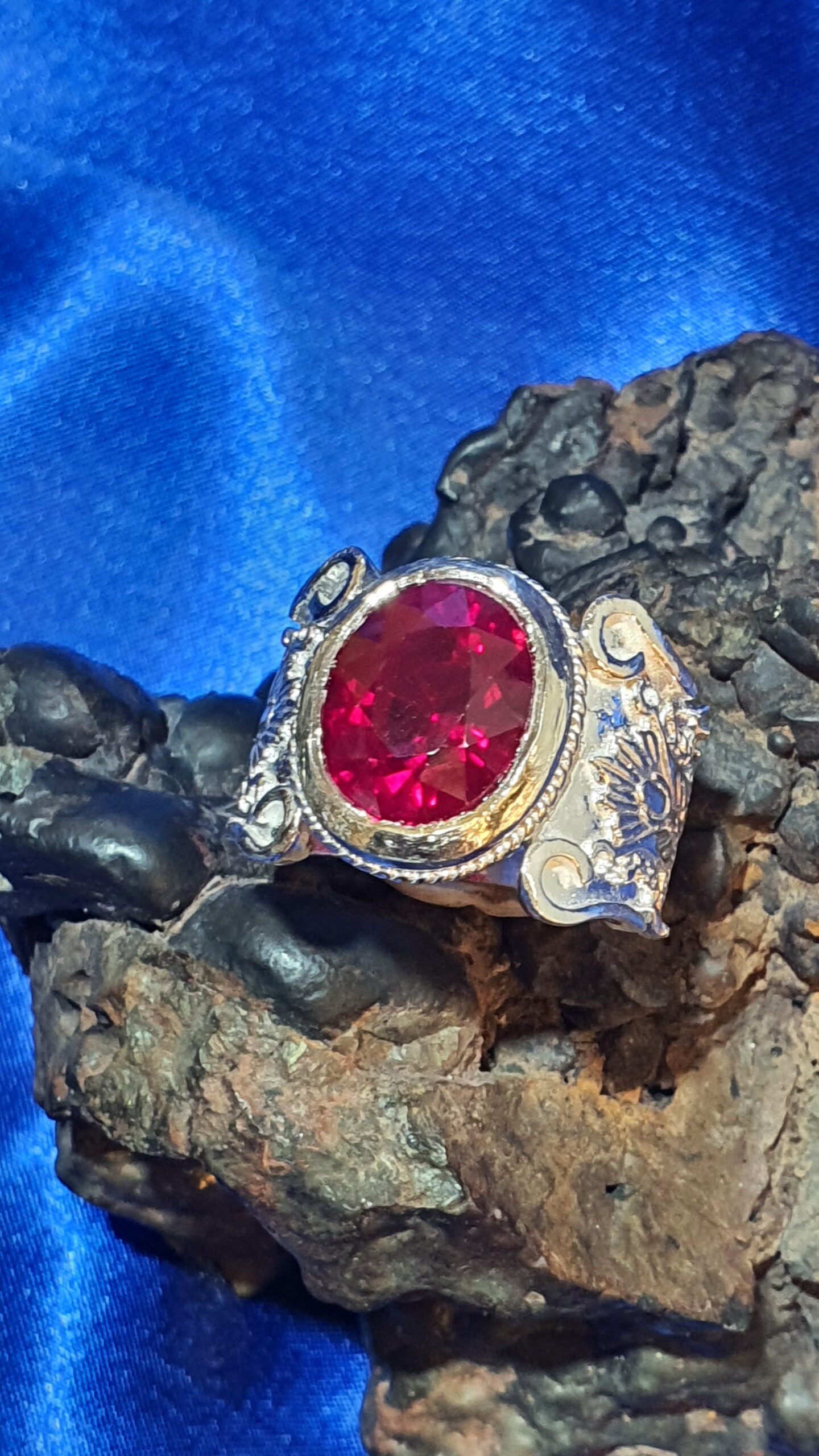 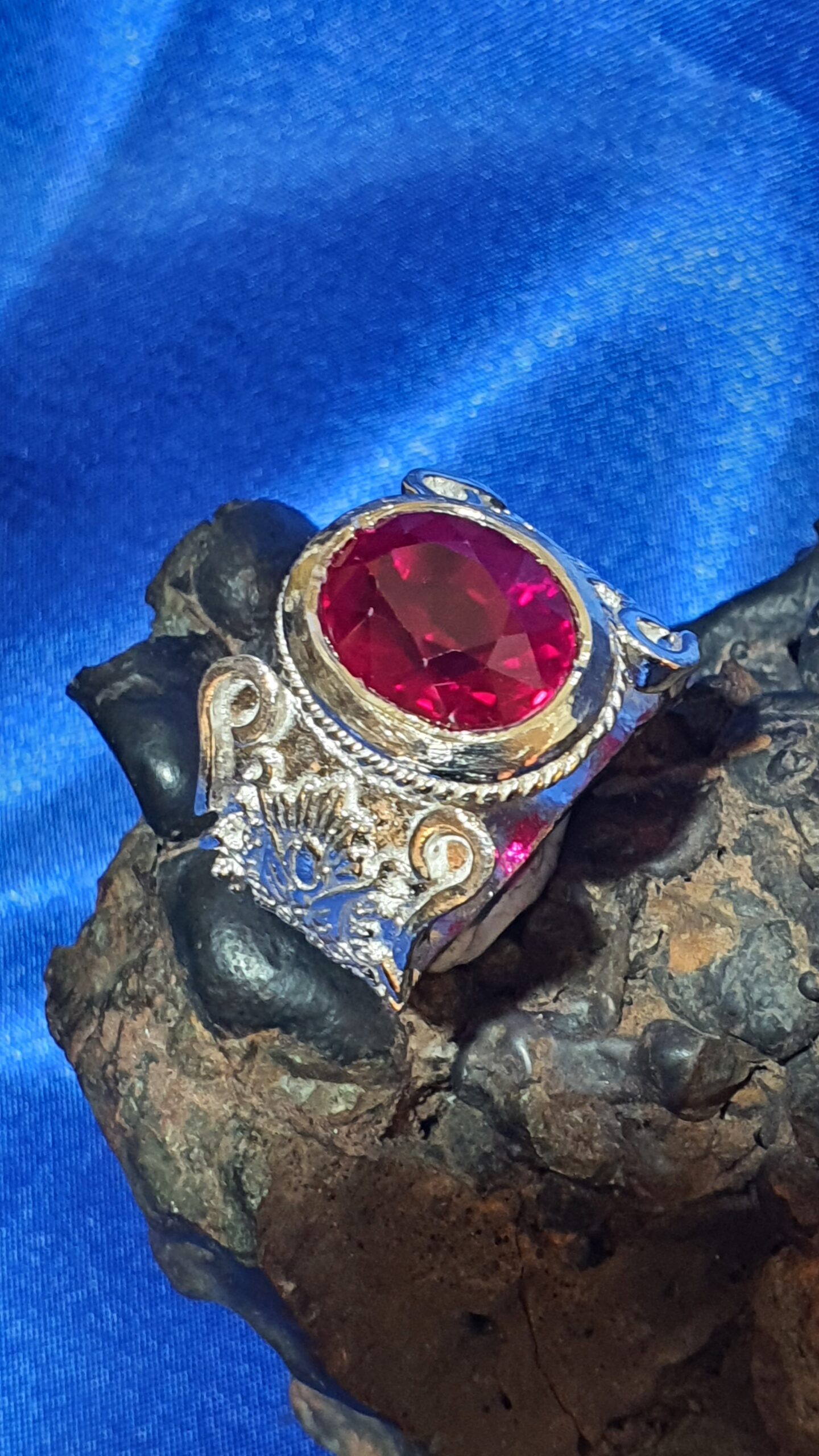 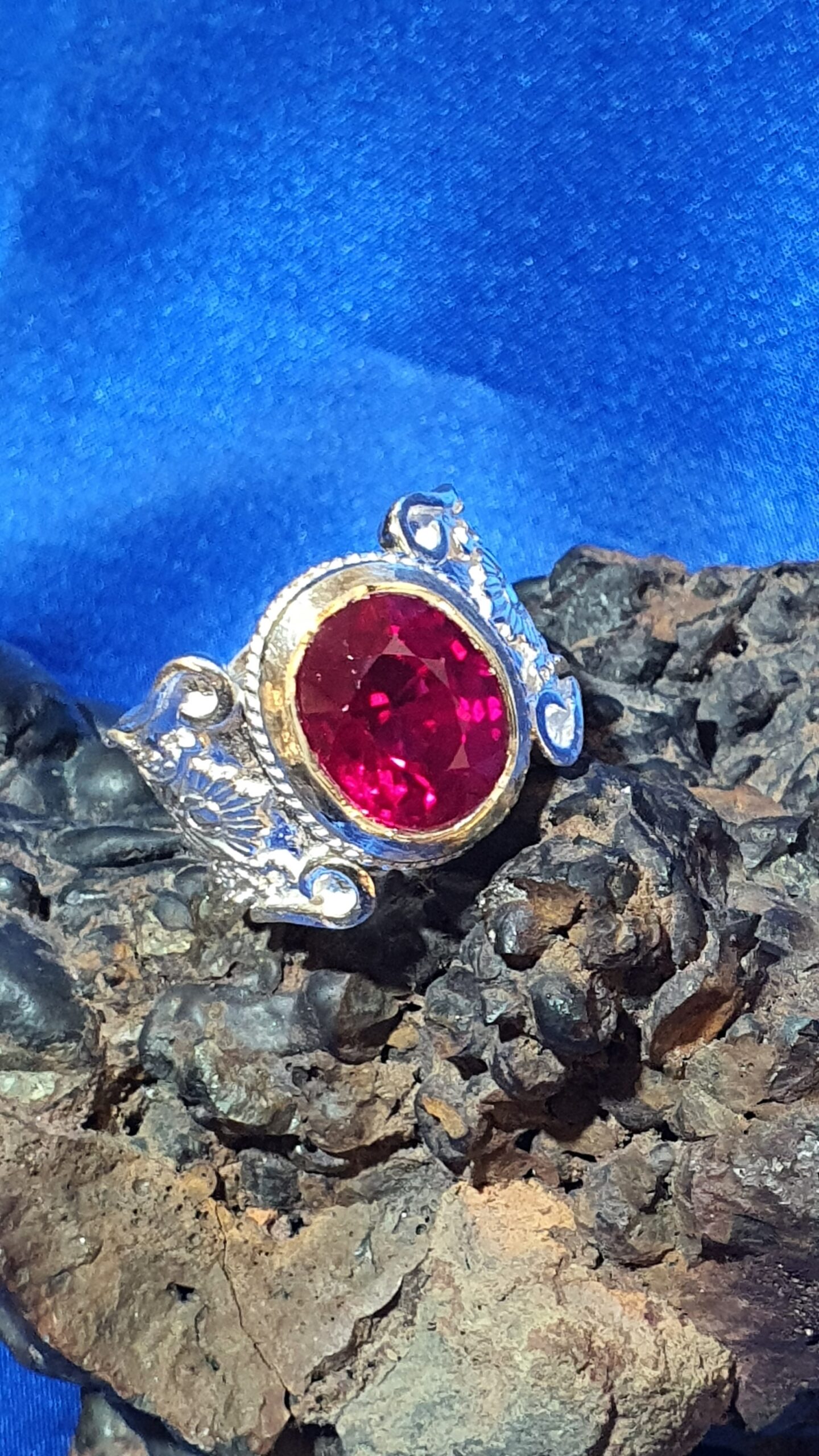 Dear Brothers and Sisters, a very good afternoon to you.

Warmest regards from myself Babaji, I am pleased to introduce to you another most interesting Khodamic Ring.

The Ring I have here with me is a fabulous Ring, it’s an Almandine Red Garnet 10.7 Carats in Size set in a thick and beautifully handcrafted Silver Ring.

The Garnet itself is of the Best Quality as it is known to be a most ideal substitute of the Gemstone Ruby.

This Khodamic Ring is like none that I’ve seen before.

I have aptly named this Khodamic Ring the Badshah of Mouka Sauda.

Translated it means the Emperor of Chances and Negotiations.

This is believed to be a very Old Khodam who is known to be An Emperor Ifrit.

In ancient times it is believed thst he was called apon by worshippers who prayed to him for Second Chances, Luck, Fortune, Prosperity and To have those around them be favourable to them with regards to whatever propositions put forth by themselves.

They prayed to Him the Badshah of Mouka Sauda for Successful Trades, Negotiations and to have Lady Luck Smile down apon them.

This Ifrit is believed to be the Emperor of all Red Ifrits of the Eastern Compass Direction.

It is believed to gain his favour and Blessings, the Master must turn to the East and invoke him,

Badshah of Mouka Sauda is believed to be especially Formidable during the Times of Sunrise and Sunset.

The Badshah of Mouka Sauda, Emperor of Chances and Negotiations is believed to be extremely effective for helping his Owner with

All Matters pertaining to the Probability of Chance.

He is known to be able to greatly increase the odds in yr favour under any circumstances,

Be it a Game of monopoly, predicting the outcome of a friendly match or any game of chance, it is believed that the Emperor of Chances and Negotiations, Badshah of Mouka Sauda is ever present before you to aid and support you.

It is believed that Badshah of Mouka Sauda. Emperor of Chances and Negotiations, is known to bless his Owner with the Power of Sweet and Convincing Speech thereby inducing any and all Negotiations that the Owner undertake to be in his favour.

Whether it is getting your neighbour to quiet down his party when you approach them or be it a scenario where a difficult client is not convinced to signing that important deal with you, the Badshah of Mouka Sauda is believed to be of Great assistance.

It is believed that this Tyoe of Ifrit Badshah can even convince Lady Luck to be favourable towards the Owner as this Badshah is known to be able to manipulate this aspect of Life skill proficiently.

The Badshah of Mouka Sauda is believed to specially help those who rely alot on the aspect of Speculative Luck as well as on Windfall Luck in their day to day lives too.

This Khodamic Ring is truly a special thing of Beauty and an exquisite designed one at that. It has taken alot of Labour to craft this ring and Fit this fine Almandine Garnet onto it.

I’m very sure those who come down to view it will appreciate the intense labour it took to make this Khodamic Ring of the Badshah of Mouka Sauda.

Let me just tell you in the end that that is much more that could have been said about this Ring which I Babaji have decided not to mention because I don’t think it’s wise to discuss such matters online.

But I’d be happy to share more with the Owner.

If you feel the connection, kindly pm us or even better do drop by.

Video of this Ring can be seen in the following Link